Who are these people? They shut down a hospital ward so they can deliver a baby? This has to be a joke; how many folks would believe this nonsense? Wait a second, it is true… 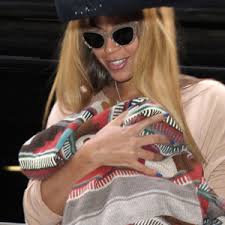 I see a correlation however with this entitlement, and the manner with which the Obama regime inflicts his privilege upon the Americans daily. Accountable to no-one, with policies that would make a decent minded person to shudder, Obama, jay- z/Beyonce (who is he, or she?) live in a bubble wrapped ego boat, floating through life with actions  that embarrass most of us.

Obama makes executive decisions without the blessing of Congress, hiding behind his color, so far it works. Beyonce says ‘” I want this whole ward, for you see, you are the commoner, I am royalty, I do not want to be any where near you, or your ‘goyim’ baby! ” Do you not see a pattern and disdain with these souls?

What puzzles me though, is the fact that the hospital staff abases the hospital by catering to such an imbecilic desire. ‘Who are you?’ should have been the immediate response by the powers that be, and ‘take your foolishness to another country,’ but no, medical centers have no courage, because the powers of leftist policy are so thick with corruption.

You have seen the type in grocery lines: a tot in the buggy screaming for a candy bar, Mom says no a hundred times, the tyke gets louder and louder, finally the candy bar ends up in the mouth of Junior, while the mother ashamedly pays for it.

Entitlement. Jay-z deserves it, Obama deserves it, why it was just a week ago that the big O said I’ll bypass Congress!’ What an arrogant statement by a man who is supposed to be a leader by servancy.

No, they lead by taking, because nobody dares to challenge the lunacy. To Jay-z’s request: ‘get out.” To Obama’s request for another term? “get out!”

Blending the colorful issues of life with the unapologetic truth of scripture, while adding some gracious ferocity.
View all posts by ColorStorm →
This entry was posted in Celebrities and tagged Beyonce, Hospital, jayz, United States. Bookmark the permalink.