The good book says to ‘pray for those in authority,’ and I suppose so few believers actually do, especially, when we have leaders who resemble despots rather than humble servants. Naturally, this should lead to a ‘slow to rail’ mindset, but that does not mean folks cannot comment or offer a scathing rebuke. 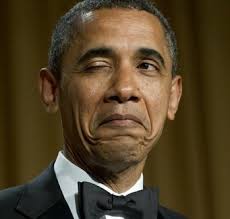 Mr. Obama is said to start the day off with a scripture or two. Is this like having a muffin on the side? The devil knows more scripture than most believers, so the idea of a ‘scripture to go’ does very little or nothing for me. If I did not have eyes to witness the acts, and ears to hear the things our president says and does, I would have no cause to find fault.  However:

The president’s new evolution of thought regarding same sex marriage for example gives deserved pause to consider what impact if any, these alleged scriptures do for his thinking. Why the need to ‘evolve’ on a subject that has long been made clear?  Were the men of Sodom a special class of citizens worthy of special rights?

Or is it simply convenient to align with they who offer the least resistance? We do not need a leader who changes his mind like the tides or shifting sand. We need a leader who is resolute in mind, lets say, a man like Netanyahu. Mr. Obama said to Putin, ‘after the election, I’ll have more flexibility.’ Yes, riding the wave of public opinion is somewhat flexible also, but a leader who is unstable as water, Reuben like, is in a poor place to offer guidance to a people who desperately need leadership.

But the true leaders are today the voices of dissent, those silent Americans who can only tolerate so much pandering from on high. There is an atmosphere of disdain held rightly so by good people who feel threatened by a strangling government who treats us as criminals. Witness the Berretta fiasco in MD, where a leading gun manufacturer has threatened to move operations because of stifling govt. infringement.

What prayer Mr Obama could you offer, what scripture can you cite to justify the takeover of Americans? What God offers guidance to you, when you claim to be a leader of men whose nation is supposed to be ‘under God,’ while you are directing the trampling of freedom and liberty, given by this same God? Mr. Obama, these are the hallmarks of an antichrist, and he certainly seeks not his marching orders from the God he despises.

Starting the day with scripture is a good thing for any person, but the ‘pastor in chief” (Dubois) spoon feeds you your daily bread? Why does not this special person pull you aside, like a true pastor should and teach you a thing or two about the dangers of ‘changing your mind’ about something that is clear as crystal? Gay marriage? Really?

It was reported in the Blaze:

DuBois also praised Obama, saying that he’s grateful to have served a leader who begins each day with Biblical truths.

“I’m also just, quite frankly, grateful for a president who begins his day every morning with scripture,” he told CBN. “I think that says a lot about Barack Obama as a leader, but also as a man.”

Well Mr Dubois, a lot of astute business people start the day with scripture who have no more spirituality than a housefly. There are proverbs about idleness and laziness, there are truths about too much strong drink, in short, good teaching that many ‘religions’ enjoy the precepts thereof.

It is not what Mr Obama affirms, it is what he denies, and this is all the difference. What do you see in scripture Mr Obama in regard to Israel and God’s promises to them? What does scripture teach you regarding homosexuality? What does the good book instruct you as to pride, vanity, and a lying tongue?

I am not impressed by a mans daily devotions, for some men’s actions drown their very words.  Punishing law abiding Americans, suggesting they are somewhat criminal for bearing arms, is an action that cannot be hidden in the daily piety of reading devotions.

Mr Obama, we pray to God for our leaders, that ‘we may lead a quiet and peaceable life,’  if that is God’s will, then sir, please explain the unsavory positions  that you enjoy.

Blending the colorful issues of life with the unapologetic truth of scripture, while adding some gracious ferocity.
View all posts by ColorStorm →
This entry was posted in Pres. Obama and tagged Barack Obama, Bible, DuBois, God, Israel, Obama, Sodom, United States. Bookmark the permalink.

3 Responses to Obama and scripture