What color was Adam and Eve?

This was a recent question asked by a christian man, and the answers were quite revealing. Natural bias was called upon to defend a position, all wanting an edge in both knowing, as well as trying to prove a superior race. 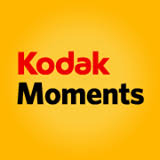 Yes, all opinions from they who have bibles in hand, yet coming up with opposing and contradictory views. He was ruddy complected,  see he obviously was white.

As the frauds of Identity say, ‘He was German and white, blond hair blue eyes,’ others ‘He was African and black,’  and the spiritual myopia is endless. But what does scripture say, and is there proof to combat the nonsense? My take is rather simple: God made man from the dust of the earth, and while yes, we read that adamah (earth) was reddish-brown, we learn no more as to the actual color, as God is infinitely wiser than man.

Keep in mind that Adam the first man had a very distinct and pure lifeline to God, not tainted by sin, so I would suggest it is possible that the first Adam was a color we have not seen. The white man as we see today, that European identity which is father to so many races, is NOT as God created, but is the result of years and years of breeding, cross breeding, all coming from FALLEN man.  Who could argue?

Ha, many would argue what color Adam was while doubting he ever lived. Of course the children of these unbelievers also question the color of Cain and Abel while dismissing them as fables as well. Truly mind-boggling.

Yes, the natural man wants a piece of the heritage of man, and tries to make an idol of color, but scripture is silent, and it would behoove all of us to take note of this silence. Yes, it was a Kodak moment, this first man created and to be sure, Adam was made in ‘living color,’ but I am content to wait until heaven before I see the negatives….. lest I open my mouth and show forth my foolishness.

Have you ever considered that perhaps Adam and his wife were of a color, one of a kind as it were, and somewhat foreign to humanity? Would this not be consistent with the wisdom of God?

We do know however that the last Adam was olive-skinned, as the man Christ Jesus was Jewish, of the lineage of Abraham, Isaac, and Jacob, so in this known truth, there is a little room for interpretation without being dogmatic, and no good man would put asunder a friend based on such an intangible.

The silence of God here should be carefully weighed, for the devil only needs a morsel ere he makes a feast of prejudice.  Many opinions have been given regarding the color of Adam, some noted here, but usually the spirit in which the information is displayed, goes a long way in disproving the case.

As for me, I am certain of Adam’s color: I do not know.

But what I do know: In the beginning God created the heaven and the earth.  And the Lord God formed man of the dust of the ground, and breathed into his nostrils the breath of life; and man became a living soul.  And they were both naked, the man and his wife (Eve the mother of all living,) and were not ashamed.

(Then there is the Euphrates river  😉

Blending the colorful issues of life with the unapologetic truth of scripture, while adding some gracious ferocity.
View all posts by ColorStorm →
This entry was posted in Genesis- in the beginning and tagged adam and eve, creation, genesis, what color was adam and eve? what color was the first man? was adam white?. Bookmark the permalink.

25 Responses to What color was Adam and Eve?