Ok, by now you have heard the uproar regarding Mr. Robertson’s comment on same-sex stuff. If you have paid any mind to the on-line comments of certain feeds, they were running like a ticker tape  in favor of his opinion. And what was this opinion? 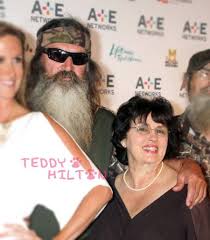 Simply that men seeking other men is well, not quite right. Oh my, stop the presses and call the cops, a man speaks out on an issue that merely confirms common sense,  and an issue that has been supported by time, history, nature, and nature’s God, and he is vilified, and then fired. Instantly though he received a new commission, and for this jail sentence, he will not complain.

The attack is subtle however, as there has been a long assault on something more dangerous than throwing stones at a man for his views on the opposite sex.

For God’s sake, Howard Stern, Maher, and Chris Matthews rants prove there is something more sinister at work here,  for Robertson’s comments are mildly innocuous.

Robertson is attacked for his manhood, it is that simple. His comments on men looking for men are distinctly masculine, and a liberal mind cannot tolerate this.

The voice of man is to be masculine, it is to carry authority, it is to be dogmatic without partiality or compromise. It is to be a sure word. Yes means yes, and no means no. The roar of a male lion in the forest? It is masculine, and it sends chills to the prey.

Where is the masculine voice of the United States? Where in government can you point to a man and say: ‘here is a mans man?’ Well, Mr. Robertson here comes close for sticking his neck out and telling the simple truth, that nature, and the God of nature speak with a single and clear voice.

Boys in school are sent home for pointing a finger like a toy gun, thus attacking their natural desire to be men. The gay mind wants to castrate a boys instincts, and guide him a way that is feminine.

So here comes Robertson, deep voice, rough around the edges, nice beard, but his opinion does not fit the template of the msm. He could stay IF he is a ‘good boy,’ but God forbid he speak his mind. Yes, speak up Mr. Robertson, but please do not speak as a man!

‘Men with men doing that which is unseemly,’ is frowned upon to say the least says the good book, and Phil is simply a messenger. Heck, it’s not even an original idea, take up the argument with God. Chuck Connors, (The Rifleman) John Wayne, Palladin, Charles Bronson, Lee Marvin, all would have held the same views as Robertson, so now do we expunge them from history? The attack on manhood has long been under way, long before a parent was considered a monster if he dared to use the rod on his childs bottom.

Gender neutral is what the decadent liberal desires. Men and women, or should I say male and females using the same restrooms. The pattern is palpable. So what do we end up with? Women who do not know how to be women, and men who are freaks.

So Mr. Robertson is chastised for his dogmatism, challenged because he is distinctly a man, and his yes is yes. Well, I am with him on this.

Blending the colorful issues of life with the unapologetic truth of scripture, while adding some gracious ferocity.
View all posts by ColorStorm →
This entry was posted in Redefining marriage and tagged attack on men, chuck conners, phil robertson, the rifleman. Bookmark the permalink.