THE most dangerous man…

A casual poll was taken recently at a lecture regarding ‘THE most dangerous man’ of our times. Suggestions were asked for and the usual suspects made the list: 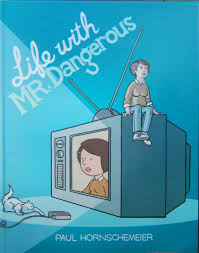 After the audience exhausted their picks, the speaker was happy to inform them of his opinion.

The distinction and award for THE most dangerous man went to Putin. He cited the missile threats, the confederacies with nations, his zenith rise to power,  his steely resolve, yep, he said THE most dangerous man in the world is Vlad. He gave a hundred other reasons why, and at the end of the day acquired a few more disciples to his line of reasoning. But I say, ok, I get it but ‘not so fast.’

I was not in this group of people hearing this lecture, because I may have inserted ‘foot-in-mouth’ just to be fair. When I first heard this question ‘who is THE most dangerous man…’ only one person came to mind, and it was immediate. There was no deliberation, no scanning of history or archives of the mind, no files sought so I could make an intelligent selection.

I have a  better  pick than all the ones mentioned, and he would be the antichrist. But does he make the winners circle as THE most dangerous man in the world? No, for he is not the BEST pick.

To be critically fair, the best choice for ‘most dangerous man in the world’  would be:

Why? Because I do not know unequivocally what is in the hearts of Putin, Bush, and the rest. I do know however what lurks in my own heart, and if one of these slippery thoughts were to gain traction,  heck, maybe I will  ‘deny the Lord.’   Is this dangerous?  Hmmmm.

Perhaps moreso than the deeds of tyrants. When brother Peter said ‘ha, Lord , no worries, I will never deny thee,’ The Lord only had to consider that first rascal Adam, to know well enough that Peter would take a fall.

And the Lord said  ‘Satan wants you,’ and this would surely qualify Peter as the most dangerous man in the world, to be so used and abused by the enemy of God. We cannot under estimate the damage done by a  person so used by Satan. Does Judas Iscariot come to mind?

Thankfully, men and women, you and I, have all the resources of heaven at our disposal, to lead a quiet and godly life unto the glory of God. Satan walks about seeking who he may devour, but there is ONE greater. Greater is He that is in you…..Thank God.

Putin? Ha, I am the real threat to myself, but oh how the grace of God sustains.

Blending the colorful issues of life with the unapologetic truth of scripture, while adding some gracious ferocity.
View all posts by ColorStorm →
This entry was posted in Exhortation and tagged Putin dangerous?, satan wants you, the most dangerous man in the world?. Bookmark the permalink.

13 Responses to THE most dangerous man…