(A few words about this post. Ordinary? Nope. Hard to read? Probably. Intense? Yep. I admit this is different, probably borderline strange, yet there are excoriating truths. If you finish reading it, God bless you. If so, drop a line. Will be added to as inspiration permits.   10. 2014  @1500 words currently)

There is this place which is only accessible through going down, and where directions are not given, as it is assumed the traveler had made plans and reservations. I have been there but once. Not too sure where down is, but it is memorable not only because of what I saw, but because of what I did not see.  The vision haunts mercilessly, well it may have been a vision.

I heard and I smelled, I sensed and I feared, I wanted to stay but had to flee. First it was the elevator. There was no ‘getting on,’ for the descent assumed the passenger belonged there. In what seemed like days, the intense fall became clear the lower and closer the stone car dropped.

There was a presence in the cube of other passengers but I dared not look left nor right; my mind was absorbed with the changes not only in pressure, but of scent. My nose detected smells that were other-worldly, and tried to convince my brain everything was as it should be. Alas, my conscience intercepted the idea and vehemently said ‘no!’ things are not all-right, as you have an appointment below.

The sound of scraped concrete, screeching metal, pulleys and chains, was barely audible, yet loud to my being. I could have heard this if I was deaf. More strange, was what I sensed outside the shafted box as the meeting with my destination hastened. I was trembling and visibly shaken.  How could I know what awaited, and how could I be so fearful of that which I innately knew?

There are places in life we must see, there are waterfalls we must visit, there are loved ones on deathbeds we must tend to,  and this chance encounter with the ‘great below,’ would be a visit for the ages.

My head was fixed as if in a cement brace; I looked straight ahead at the concrete elevator door that had no handle, nor did I see how it could possibly open or close. I am certain I had a personal guide who was escorting me, but I have no clue what he may have looked like, and whether he was standing on my right or my left.

The thought crossed my mind that this moving mass of downward energy was just that: energy I have never known. If I was pressed to measure the inside, I would say it was large as a football field, but small as a thimble. My sense of perception was gone.

Whoever was operating this stone elevator knew perfectly how the occupants would react, and timed the descent  to the second, so there would  be ample time to search the mind and prepare to meet……………….

Yes, I knew something, someone was waiting at the bottom, and the pressure was unbearable. As we neared (we, who is we?) the bottom, my nose became more agitated, for the truth detector is never wrong. Then imagine the sound of a million slabs of concrete sliding against metal, and this is what I heard when the stone door finally opened.

I was escorted out, and by whom? Don’t know, didn’t see a soul. I stood death still and looked to my left, then to my right, and saw a dark gray massive hallway with more concrete walls, as if to protect the sounds from escaping. I suppose the walls were half a mile thick, but that was no surprise. There were no lights but I could see, something told me I brought the dimness along to find my own way.

But I had no interest in the left or the right, for there was a door straight ahead, about 25 feet, and it seemed to be made of the same material as the elevator door. I felt escorted by somebody else who of course I did not see, but was fully aware of his presence, to kindly point to the massive entryway.

Without hesitation, I took one step and was at the door and it opened as if to welcome me, and that door too had a palpable presence. I call it a door because words fall short, but it was a monstrous slab of gray concrete that slid perfectly to the right as I neared.

As the door disappeared into oblivion, I stood without entering and all my senses were arrested. My nose again, was aware of a serious wrong. My eyes were aware of a serious wrong. My hearing was perfect. I dare not touch any thing and I dare not move any closer. I tasted fire, but fire that was not burning, it was a fire that was to be; it was the preparation of the sulphur, and I was frozen in every way.

My mind told my feet to turn around, but my conscience shackled them to face the obvious. I knew it, I knew it, I knew that this room was a workplace where words were few, if at all. I sensed I had a place there that I prepared for myself, my own work station, but doing what, and for whom, and for how long? 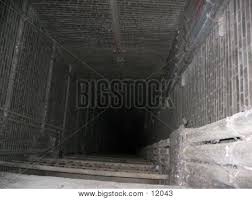 Like a rolling ticker tape, my mind absorbed perfectly WHY I was given to see such a sight, but not one muscle or bone desired to enter. I was not fearful of being hurt, ridiculed, or further summoned. I had brought the summons myself, and the pain could be no greater than which I collectively caused others.  I could ridicule myself far greater than somebody else.

In this moment of unvarnished honesty, in this twinkling of an eye, I was given a trust that many would run from; heck, I wanted to run from, but I wanted to know where this was, and why it was, and how I got there, who brought me, and what is it? Thoughts were displayed in the correct order, and there was no arguing with truth.

This place was a collection of all my thoughts and deeds, like an open book, archives that would make the Library of Congress look like a bookmobile. But the smell? Yes, it reeked of a burning that would occur, as a gentle reminder of what need not be. And in that moment, hope was given wings.

Relieved now that my honesty allowed me to leave, but I feared for others, who by the way, I saw not another person, yet still may be trapped in the limbo of self-flattery. This was no place for the truth to abide, (visit yes, stay no) for there had to be other abodes more suitable. Was I given this trust simply to be shown all men are fools, with myself being Master Foolery?

The valley of second chances did cross my mind, but I wondered how could such arrogance abide with grace in a place like this, then I immediately was shocked back to reality when I heard off in the distance the sound of concrete scratching against metal, and the answer was: ‘it does not.’

Lightning flashes quickly above on earth, but the revelations were much speedier, they came and went including the understanding. But if this was not earth? Of course it was, there was no wailing nor gnashing of teeth, I saw no flames, I heard no screams.

For what seemed like an eternity, yet was but a second, the word ‘ascent’ came to my mind. I had gone up by going down. Faster than a speeding bullet, and without taking a step, I was in the concrete structure, and it was going up, no smell, nor even a memory of the smell, no sound of the concrete and metal, no files and reams to look at or remember, as my memory was purged.

I was given a rare look at the ugliness of what humility does not look like. The odor, the lingering stench that acts as a reminder of how man chooses to be. The long dark hallways of impenetrable resistance, made by man, and the walls kept getting thicker and thicker.

This place was the dumping ground of the earth, far more noxious that any landfill, and a thousand times more destructive. There is nothing humble about this place, but how can it be destroyed seeing its utter corruption and putridness?

Then I noticed a change in scent. Sandalwood. Proof of understanding. My memory now taught me that man created this place with thoughts and deeds of everything not worthy of God. This is the home of the damned. Those damn things which cripple man, and make the devil smile. Yet, the devil has no part in that place, and that is the strangest of things.

I understood how a man would more quickly give a few dollars to help the poor in China than he would walk 100 ft.  to his neighbor’s to give him a sandwich. Yes, that place below houses the inventory of everything done on earth that is not toward God.

The inventories of hypocrisy, greed, lies, hatred, covetousness, and the largest monster of all: pride, all laid out with incontrovertible proof. So the receipt for such deeds are found in the vault of the earth, that huge cavern of waste spreading all across the underground catacombs of the earth.

I then understood that the long halls were the networks connecting all countries above because the heart of man is ever and always the same.

My mind then became very sick, and my body lost its strength.

Blending the colorful issues of life with the unapologetic truth of scripture, while adding some gracious ferocity.
View all posts by ColorStorm →
This entry was posted in Extra ordinary and tagged descent, elevator, nose is the truth detector, pride and arrogance, the ascent, the ascent of hope, valley of second chances. Bookmark the permalink.

4 Responses to The ascent