Stephen, the atheist, and the dew drop

Posted on November 2, 2014 by ColorStorm

The debates are endless. The results are predictable. The efforts are fruitless. Or are they? You have seen them, possibly by way of being  a spectator, or  by engaging yourself with those of polar opposite views in regard to God/no God, and the circular arguments that are as old as time. 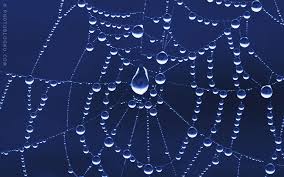 The atheist (not all) cloaks himself/herself (assumed) in his alleged superior oratory, chastising the believer in God as if he/she has a mental defect, all the while painting himself as a god. The atheist will never admit to worshiping other things or even himself, and he is just as happy wallowing in his own intellectual pursuits, as long as these endeavors lead from God.

The atheist rummages through history to support a belief in the deification of man, referring to things and places he has never seen, but fails to use the same logic when the believer uses the same history in regard to Jesus of Nazareth.

The atheist puts full credence  in the Romans, the Greeks, and cites the writings of Flavius Josephus as fact, but disregards the writings of his contemporaries, Matthew, Mark, Luke and John, calling them fables.

The believer has been given a heart that has been fused with a love that is other-worldly. (whether he uses that heart, now that’s a another discussion) The atheist can make no such claim.

Witness the stoning of Stephen who was praying for them who were ending his life. Where oh where could a man acquire such a gracious and forgiving heart unless it was other-worldly, yea, rather, heavenly?

The atheist will mock this example, saying it never happened, was an idea written by a fool, or simply the rant of a lunatic. Sadly, what the atheist misses here is the truth that Stephen was sold out for One greater, and One by whom death was given eloquence.

No amount of learning will satisfy the thirst for an atheist’s pursuit of truth apart from God. as there will always be another reference to cite, another book to read, another debate to engage, with each just another detour driving further from the truth.

When Saul of Tarsus was brought from darkness to light, and as he became Paul the apostle, he was given an intellect the likes of which this world has never seen. He was brilliant as a scholar, but his mind, heart, and soul were now sanctified! His treatise of the book of Romans has long been used by law professors in its presentation of argumentation. Quite an admission to be so utilized by unbelievers and sceptics of ‘higher education.’

So here he is, standing before a group of ‘thinkers,’ the intellectually elite of the day, the superstitious, the seekers of truth, you know the type, they demand answers while they argue day in and day out, never getting to the root of a matter. Paul offers the root.

He states that God ‘does not need anything,’ and he gives ‘breath’ to all men. (Say Mr. Atheist, it appears your next breath is on loan to you from God; breathe wisely) He then states something quite marvellous: ‘God made of one blood ALL nations to dwell on the earth, and set the times, and the boundaries of their habitation.’  Interesting, one blood.

Paul tells all, and this is equally true to the atheist, that God is not far from us, that is, if the heart is right. Outstanding. Paul then says that ‘in Him we live, move, and have our being.’

Even the Lebanese poet Gibran said as much when he suggested studying the dewdrop as a way to the Creator. He was right.

To an honest seeker of truth, there is nothing on earth that does not point to design, a Creator, and a Lord above all.  Consider the spider web or the stars above.

Stephen loved and prayed for they who pelted him with rocks, and is an example of how a believer offers hope to his foes. What pray tell, can a person who is an atheist offer (of equal value) in return?

You may have missed it above, but the idea of a ‘sanctified mind,’ should really not be overlooked in a person’s life; this free, undeserved, and crystal clear point of view, that is nothing short of other-worldly,  you know, kind of like Stephen and the dew drop.

Blending the colorful issues of life with the unapologetic truth of scripture, while adding some gracious ferocity.
View all posts by ColorStorm →
This entry was posted in Unbelief (ahem: atheism) and tagged athesit and the dew drop, Gibran, spider webs and stars, the apostle paul, the Creator. Bookmark the permalink.

46 Responses to Stephen, the atheist, and the dew drop