Think of this as a letter from the editor (the title of this post is from the skeptics point of view, where the Creator is challenged)

Ah yes, the flood of Noah.  From where I sit, they who do not believe the account are at a supreme disadvantage for debate, therefore I will not take de bait to argue endlessly. The flood ‘doubt’ is simply a smokescreen used as an eternal ping-pong match of epic proportion, which justifies unbelief, confirms doubt, and puts fuel on a topic which has long been settled. 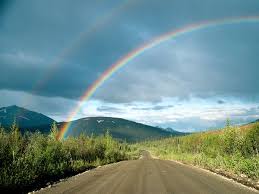 For every reason FOR a flood from nature, science, the scriptures, and observation, there will be a hundred objections AGAINST, using the same proof. There will be new information, new web sites, a thousand more links, new reasoning, proof of man’s tremendous advances in the sciences, all designed to say ‘no flood,’ and of course one must say this, for the same ones say: ‘there is no God.’

Is anybody really surprised? Has the long hallway of time changed the heart of man, at all?

We will never know ‘the world that then was,’ in this lifetime, and this thought alone is one reason WHY people cannot see beyond the scope of their own skepticism.  Something drastic occurred in the longevity of man:  Methuselah 969, Moses age 120. Nowadays threescore and ten.

Some will assert the highest mountains today were but mere hills then; some will say the Alps were made due to massive water pressure; while others will say the Alps kinda sorta, just evolved.  And the merry-go-round will keep turning.

Lake Tahoe is some 6,000 ft above sea level, and at its deepest point is 1700 ft or so, and there is enough water to cover the state of California 3 ft deep. Some will say, yep, that means nothing; all it proves is nature evolved on its own, and water collectively ran downhill and formed a beautiful lake. Others will say, ‘yep, from whence cometh the mountains?’ and the round table of argument will provide no relief.

As I said, it is an endless and profitless discussion, UNLESS there is an absolute which settles all controversy. There is indeed. Scripture answers deep unto deep.

There is also a principle in life where the testimony of a good man is invaluable and sought after.  I know several men of mettle who have good testimonies, you do also, but I would like to look at a few others; you decide for yourself if their word is good.

Noah was a good man. He built an ark, using the dimensions given him by God, taking 120 years to erect. Just like today, he was mocked, thought to be deranged and a fool, and he pressed on……….until the day God shut the door and deluged the earth in water. And the world which then was, being overflowed with water, perished.  (enter more endless debate as to HOW)

Today we see the rainbow, Noah saw the first one, as a reminder of God’s covenant that he would never destroy this earth by water AGAIN.

The testimony of a good man. Critically important. Enter the word of the Lord Himself while walking the earth: ‘As the days of Noah were, so shall also the coming of the son of man be………………they were marrying and giving in marriage, until the day that Noah entered into the ark.’  Verifiable, reliable, truthful.

Not only did he verify the account of Noah, he spoke of the ark and the flood with absolute certainty. The testimony of a good man. I would be slow to criticize and disbelieve the word of God himself. (enter the accusation of the naive mind of Christ)

The testimony of a good man. The Hebrew writer thousands of years later said that ‘Noah being warned of things not seen as yet, prepared an ark.’  Verifiable, reliable, truthful. (enter the accusation of hearsay)

Peter the apostle wrote  that ‘the longsuffering of God waited in the days of Noah, while the ark was a preparing, wherein few, that is, eight souls were saved by water.’ Verifiable, reliable, truthful. (enter the accusation of the stupidity of Peter)

Here we have a triple testimony of three good men, all testifying of the flood of Noah and the patience of God, one of which was the Lord himself.  I would be slow and careful to mock His word, and speak of him as if he was deranged.

You either believe the flood of Noah or not. Then again, if you have trouble with ‘faith, hope, and charity, and the greatest of these is charity,’ or ‘there was a man sent from God whose name was John,’ or ‘drink a little wine for your stomach’s sake,’ or how Gabriel made Zacharias mute, or how David smote Goliath of Gath with one smooth stone, than I suppose believing there was a flood may be hard to swallow also.

And what is forthcoming?  Mockings, demands of ‘proof,’ insults, aspersions,  mistakes in scripture, delusional accounts, God’s word is passe, on and on and on.

Me? I’m stickin with He who paints rainbows.

Blending the colorful issues of life with the unapologetic truth of scripture, while adding some gracious ferocity.
View all posts by ColorStorm →
This entry was posted in Genesis- in the beginning and tagged and the flood, God, noah, science and the great flood, the flood of noah. Bookmark the permalink.