He is nobody special…

If the next sentence does not trouble you as a believer, I implore you to examine yourself.

There is a thought floating around that says the son of God brought nothing new to mankind, that His teachings were simply  borrowed  from ‘other’ sages, that his acts of benevolence were gestures  common to good men, and that if He lived at all, His death was just a fine example of a man dying with principle.

It would take volumes to correct the egregious error that asserts Christ was simply a good man, and it would take a printing press where the ink would run dry that proves He is uniquely divine. The assaults on the person, work, and worth of Christ are ageless, as there is nothing new under the sun, as seen in the avalanche and epidemic of today’s blindness.

Indeed there are voices permeating in the air that would suggest there were ‘many’ men of sorrows, many miracle workers, many country preachers with a message of peace, and many men who had flocks of followers. Yes, the angel of light is quite the professional, and knows how to whisper such devilish suggestions, but the Accuser’s  dealings with the Lord came up eternally short as he failed to prove him ‘nobody special.’ 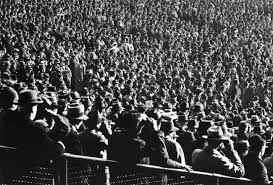 If the Devil himself found no fault in the Christ of God, what possible chance under heaven could anybody have in finding a defect in the incomparable Lord of glory?

If you are certain the scriptures are words of life given that your precious faith may grow, then you already believe what is forthcoming; perhaps you can see it in a different light, and thus sing praise to God using one of a thousand tongues.

Only a fool would deny he has never sinned. He may argue the phraseology, but stealing penny candy makes one a thief. True, the offense is not equal to corporate embezzling, but in the eyes of God, taking that which belongs to another is a simple encroachment against heavens word: ‘thou shalt not steal.’

Whether coveting, thievery, lying, taking the name of the Lord in vain, or any other trespass, the brotherhood of man has THAT in common: all sinners. Doesn’t sound pretty, not the kind of talk you would find on Wall street or in the White House,  but it is certainly true.

The prophets of old including the greatest prophet born of women, John, were good men but sinners.

Isaiah saw the holiness of God and said ‘Woe is me.’ The Baptist said of Christ: ‘I am not worthy to untie his sandals.’ That giant of the faith Paul, viewed himself as very small before the high court of heaven: ‘I am chief of sinners.’ Yes, holy men of God but sinners. If they said THAT about themselves, do you suppose we are any better?

So then, God who is an all-consuming fire, God who is holy, just, true, perfect, and sinless, how could He possibly, how could he possibly justify sinful man without compromising His own intrinsic eternal perfection?

Enter Christ.  As the sinless son of God,  His life was a testament that proved the worth of his sacrifice. His dealings with everybody were such that the world has never seen. When he touched the leper and said ‘be cleansed,’ here was a good man ministering to he who was despised. When He forgave the woman of an indiscretion, He gave her strength and dignity which she did not have, and she too was made whole. When He stilled the raging seas, nature heeded the voice of the Creator.

Truly, He does all things well.  Obedient to the Father, living a sinless life, ministering good at every turn, if ever there a man who was blameless on earth, here He was.

When He said ‘Thy sins be forgiven thee,’ that was true, for only God could forgive sins. However, a perfect life could not put away sin, and it took His death to settle once and for all  that which no man could do:

He would glorify God by the sacrifice of himself by being made sin,  as He willingly bridged the distance between a holy God and sinful man, and paid in full the wages of sin.

There is no greater love than this.

He would be MADE sin, yes the Lamb of God, He who knew no sin, would take them upon Himself, endure the wrath of God against ALL ungodliness, and  put them away once, and forever.  There was, is, and never will be a man who has this strength and love for humanity such as the son of God, the man Christ Jesus.

From the sin of Adam and his posterity, to the last man born on this earth, the value of His death was immeasurable and priceless, as God the Father placed on Him the iniquity of us all.  Do we see the scope of this wonderful terribleness, which proves God is for us?

Abraham heard this while Isaac lived:  ‘God will provide HIMSELF a sacrifice,’ and those true words would be accomplished at the place of the Skull. Man would hide, God would look away, and the son of God would tend to one last lost sheep in his final moments before He BOWED His head in reverential placement, where finally, unlike the foxes who have holes, and the birds have nests, He finally had a place to lay his head.

EVERYTHING HE DID WAS UNIQUE

Try putting away sin yourself, as you have nothing of merit to make right that which is crooked. Man should be shamed at such indifference, to mock or ignore the eternal fact and truth that Christ was not a victim of unfortunate circumstances, but that He died for our sins ‘according to the scriptures.’

Once more we see the large heart of God in the face of utter depravity: He is not willing that any should perish, He patiently waits while He gives man one more breath, one more day, one more week, one more month, one more year, and a thousand more days of life to open the eyes to taste and see that the Lord, He is God, and He is good.

It would appear that after reading the gospel narrative, the epistles, and the entire warp and woof of scripture regarding Christ, for one to then assert  He was ‘nobody special,’ could be arrogance, wickedness, deceit, or simply what I like to call: a defective view of sin and self, also known as pride. Others know it as blindness.

The Lord is Nobody special, you going with that?

Blending the colorful issues of life with the unapologetic truth of scripture, while adding some gracious ferocity.
View all posts by ColorStorm →
This entry was posted in The person of Christ and tagged Christ was nobody special?, the man Christ Jesus, true christianity, was Christ special. Bookmark the permalink.

74 Responses to He is nobody special…