There is nothing like the intricate workings of a nautical compass. It is a fine piece of machinery, tooled to precision, and the brass speaks of  endurance, reliability, and credibility.  The compass reveals truth, as it reinforces that which is.  Unfortunately, the nature of truth has many opponents. 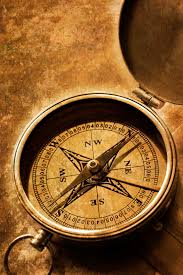 A man who  cant spell ‘cat’ if you spotted him the ‘a,’ could be a wonderful singer, but would no doubt be a poor candidate for editor of a newspaper.

A man who thinks it irrelevant that a level be used in the construction of a building could be a fine bus driver, but not a good carpenter.

A man who sees no difference between east and west may be a fine cook, but would make a lousy captain on the high seas.

There are built-in disadvantages when the cat speller enters the bee. He is asked to spell ‘right,’ as opposed to ‘left,’ and gets angry when his rendition of ‘write’ gets him booted from the next round. He interpreted the information incorrectly, then blamed the judges.

The bus driver is far above his pay grade when he tries to teach the carpenter how to miter crown moulding, and the master sous chef sounds like an idiot when he tells the captain not to rely on the compass.

The speller had good intentions but was wrong. The driver was arrogant. The chef was simply foolish.  Now carry this thought to the appreciation, interpreting, and understanding of scripture.

The Captain who charted the pages of scripture has included aye the compass, so men and women are without excuse. There is no excuse to be lost, as it always points to truth. He has given the ability to spell ‘cat’ correctly, and he has given eyes to see the grand architecture of the Monarch of books.

Who dares to find fault with the Captain? Why all on board of course. Mutiny. The closet scholar who can’t spell cat, the bus driver who can’t pound a nail, and the cook who doesn’t know where the sun rises, all guilty of dereliction of duty.

They have formed an alliance, a confederacy of evil as it were, and why? Because they have questioned the character of the Captain, and they do not like the direction he is taking the ship. They are challenging his compass. They have  gathered together to find fault with the master cartographer, who is also expert in words, construction, and navigation. He is equally quite the food-smith for providing nourishment for the mates on their journey.

While there is plotting against him, the Captain bestows mercy and grace upon the miscreants. He is aware of all the intentional misspelled words which lead to faulty interpretations; He is aware of the scaffold being built that calls for his hanging; and He is equally aware of the most egregious acts of all: He is accused of having a faulty word.

An unbeliever pretends to be a master at interpreting scripture, while he is simply using a level that is broken. He is using a compass that points in the wrong direction.  And his charge? That the word of God is defective. Yes, putting God on trial for mans petty defects of misunderstanding and misinterpretation, then pronouncing  God guilty!

Man is casting aspersion on the God of heaven, daring to challenge Him by saying His word has errors or contradictions.  They accuse God of having a broken compass while they fabricate their own which points to the opposite direction: Themselves.

A man said that understanding God’s word is no different from understanding any book or magazine. Such a statement proves the absolute inability to compare spiritual with spiritual.

The word of God CANNOT be understood apart from the spirit of God, as this is God’s built-in fail safe. A proud heart and a haughty mind cannot see God’s perfect ways.

A person said the gospel of John is unreliable because the transfiguration of Christ is not recorded there.  Weigh this against all of scripture, and you can see this statement originating from the father of lies.  This omission is cited as a ‘contradiction.’

The ‘omission’ is inspiration. There are thousands of accusations like this, but when examined fully, and all evidence is brought into play, the light of day is shown, and once more proves that all men are liars.  God’s compass has no defect, as God has no defect. In Him is nothing but Lights and Perfections.

A man says Christ broke the law, by not allowing the woman to be stoned to death! (Strike these words from these pages)  He had no DESIRE to stone her.

Once more we see the unbeliever, who has no understanding of God and His ways, finding fault with the son of God who justifies freely, on the strength of His own intrinsic eternal perfection.

Indeed the law was given through Moses, BUT, BUT, BUT, grace and truth came by Jesus Christ. They who desire to stone a sinner to death have NO understanding of the grace of God, which simply magnifies their own dark heart. The broken compass of the religious elders pointed to Themselves.

The law magnifies sin, and was given that the offence might abound, which it did. Christ Himself by virtue of who he is, stopped the abounding. (where sin abounds, grace much more abounds) He put in place the new covenant which did away with the wrath of the law.

To those of you who say Christ was just a sage, Who else was responsible for bringing Grace and Truth? He brought it, and it has been, and still is, here to stay.

The internet has actually made some people more thoughtless while having more information. The speed and the amount of information at your finger tips has created  a generation of people ‘sick on knowledge,’ who actually choke because of indigestion. The ‘cud’ is not chewed as it were. thus God’s word is dismissed.

Proof? When God asked  Adam: ‘Where are you?’ the answer involves the entire word of God, so when a person dismisses this question in 3 seconds flat, this is a pretty good indication that there is no real interest in knowing the answer. When Pontius Pilate asked the Lord: ‘What is truth?’ the deafening silence connects the entire warp and woof of scripture, but like Pilate, most will wash their hands of the answer.

Resulting in? The singer, bus driver, and the cook, all with agendas to disrupt, malign, and accuse God of errors in His word and in Himself, stating His compass is faulty, and creating their own compass made of warped wood which always points in the wrong direction: Themselves.

And the Captain? He patiently endures the mutiny. What is His reaction with the mutants as they plot to throw him overboard?  He offers them grace. He is not like those men.

Blending the colorful issues of life with the unapologetic truth of scripture, while adding some gracious ferocity.
View all posts by ColorStorm →
This entry was posted in The word of God and tagged brass compass, captain on the high seas, compass and truth, muting aboard, the word of g, the word of God, Unbelief (ahem: atheism). Bookmark the permalink.

77 Responses to The Captains compass