Why is this even a story? Certain men in high places have proudly said ‘God  d_mn America,’ and that language was applauded. Still is. 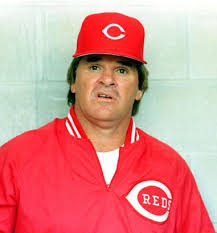 Watch out, if you say ‘God bless you’ to somebody who sneezes, you may be stoned. A high school Florida student recently went ballistic, by saying to his classmates: ‘God bless America, keep us safe,’ after his scripted announcements over the intercom.  Oh no, bring out the tar and feathers.

Yep, instead of invoking  ‘thank you, have a nice day,’ or ‘Roger, over and out,’ he uttered what he thought was a harmless off the cuff  remark: God bless America.

And it was harmless………….until two, count them two atheists complained NOT to the principal, but to the AHA American Humanist Association, and got the attention they sought: a letter fired off to the school by the Appignani Humanist Legal Center:

“It is inappropriate and unlawful for a public school to start the school day with an official statement over the intercom stating, ‘God Bless America,’ for such a statement affirms God-belief, validates a theistic worldview and is invidious toward atheists and other nonbelievers.”

Whoa. Official statement? Boy that kid has power. Imagine if he used that same power by saying ‘God bless you’ to a teacher that sneezed. A veritable fortress is he.

Why oh why people get rattled over one of the main ingredients in America is beyond me. Yea, yea, church and state will be the cry. Ok then, what church is represented when a kid says ‘God bless America,’ correct, none. It is simply a gesture of good will, no different from somebody telling you to ‘have a nice day,’ or wishing another ‘shalom.’

An attorney for the kid says the AHA has no case, and wonders why they have any issue against an individuals patriotism. Once more, the pleas of two ‘offended’ people will be used as a battle cry for the ‘don’t you dare hurt my feelings’ bunch. Please.

When I say ‘In the beginning God created the heaven and the earth,’ what church am I representing? Correct none.  C’mon people, America gives you the right to practice your atheism, maybe God has blessed America; at least you have your head and your freedom to choose nothing.

Truly the unbelievers should applaud such sentiments, as this is really no story if it were not for the selfish. And yes, for context: God  d_mn America. That should make the complainers quietly go away.  But I can’t end there, so simply: God bless America.

Blending the colorful issues of life with the unapologetic truth of scripture, while adding some gracious ferocity.
View all posts by ColorStorm →
This entry was posted in Daily news and tagged God bless America, God public schools, Unbelief (ahem: atheism). Bookmark the permalink.