To all who have read ‘Esther and the son of my right hand,’ thank you.  The  ‘son’ here of course was Mr. Netanyahu,  as he came to the U.S. amid word wide hostilities. 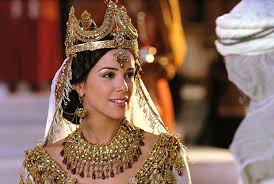 We know the scriptures are crystal clear as to the purposes of God, that not one word will fail, and that the descendants of Abraham, Isaac, and Jacob have not been forgotten by He who does not sleep, and even in their unbelief will God’s word be true.

To many, this word is a savor of life, and of course to others the same word is a savor unto death. The commenting by you on the initial post was some of the finest, spiritual, supportive, and well-ordered regarding Esther, Mordecai, Netanyahu, the U.S., and of course God’s word, all in one place.  Really, I do appreciate all your time and thoughtful attention.

Some of you also know, that there is a cry of ‘my free speech is denied,’ and ‘why do you moderate, what are you afraid of?’ This tune is old, and to they who appreciate the savor of life, this will make perfect sense, and perhaps you may be inclined to borrow an idea or two if you have not considered it already.

Most people do not even know there is a policy at this site, and that is actually good,  but I have made no apology for stating this:

Please do not cry ‘free speech’ when your pics, vids, and links of insolence toward the name of Christ are trashed.

In addition, assassination of the word of God will not get free PR at my expense. Profane and vain babblings? they will be shunned.

The heading of this site clearly reads: ‘Blending the issues of life with the truth of scripture.’  This is not a home to the ‘untruths of scripture.’  Sure, there are many who cut, paste, and repeat: ‘Moses was a myth, Abraham never lived, there was no city of Jericho, and yawn, yawn, and yawn.’  While these opinions are visitors,  the references that support these perversions do not get a permanent home.

What? I am supposed to be a librarian of sorts and archive all the ISBN numbers and sources for the great society of unbelief? No thank you, they are easy enough to find without my presenting them on a platter.

A vid that deserves ‘honorable mention’ came through, and you tell me if the trash can was too good a place. It was supposed to be I guess, humorous, but it was not funny. (someone observed you can tell a lot about a person by what they find amusing.) Two characters of mid east descent were having a discussion with English subtitles, and Mordecai was telling Esther what a good idea it was to marry the Persian king.

Of course the theme was the hatred of the Jews, and how Esther was simply being a ‘whore’ to save her people. Indeed, the suggestion was made that this young Jewish girl usurped the kingdom of Persia, and thrust herself on the king, and that he had no choice but to obey her.  May I repeat:

Assassination of the word of God will not get free pr at my expense.

(can you say trash bin?)

Meanwhile, the word of God clearly says that young Hadassah did nothing to advance her state, and she simply obtained favor in the sight of all that looked upon her.  Finally, king Ahasuerus also showed her grace and favour, and set the royal crown upon her head. Esther had no clue what would befall her, and had no motive, as she was a guileless woman.

Are you aware friend, of any other book or accounting of history that is so reviled? And does not the very book that people spend a lifetime denouncing, also say with all authority that God’s people will be mocked, maligned, and even hated simply for believing what is true?

Esther, Hadassah a whore? May God help a person who welcomed this thought. May the God of Abraham, Isaac, and Jacob through the name and worth of the Lord Christ, open the eyes from darkness to light, that such a person may obtain inheritance among the sanctified.

(This post takes nothing from women who were forgiven by God of indiscretions and brought into favour. It has everything to do with the intentional maligning of scripture and berating a godly young woman)

Blending the colorful issues of life with the unapologetic truth of scripture, while adding some gracious ferocity.
View all posts by ColorStorm →
This entry was posted in Israel and scripture and tagged esther, hadassah and the jews, queen esther and believers. Bookmark the permalink.