Does a walk matter?

It is somewhat amusing but never surprising, how many could find fault with a man endowed with the wisdom of God. Solomon asked for a good heart to discern the mind of the Lord, and God made his cup runneth over. 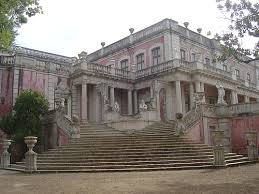 Solomon had arisen in stature by the Lord’s favor, and his fame quickly reached far away places. There are a handful of men who have received such accolades, and King Solomon was a man among men.

And when the queen of Sheba heard of the fame of Solomon concerning the name of the Lord, she came to prove him with hard questions.

And she came to Jerusalem with a very great train, with camels that bare spices, and very much gold, and precious stones: and when she was come to Solomon, she communed with him of all that was in her heart.

And Solomon told her all her questions: there was not any thing hid from the king, which he told her not.

And when the queen of Sheba had seen all Solomon’s wisdom, and the house that he had built,

And the meat of his table, and the sitting of his servants, and the attendance of his ministers, and their apparel, and his cupbearers, and his ascent by which he went up unto the house of the Lord; there was no more spirit in her.

And she said to the king, It was a true report that I heard in mine own land of thy acts and of thy wisdom.

Howbeit I believed not the words, until I came, and mine eyes had seen it: and, behold, the half was not told me: thy wisdom and prosperity exceedeth the fame which I heard.

Happy are thy men, happy are these thy servants, which stand continually before thee, and that hear thy wisdom.

Blessed be the Lord thy God, which delighted in thee, to set thee on the throne of Israel: because the Lord loved Israel for ever, therefore made he thee king, to do judgment and justice.

Indeed, the report that the queen heard was true, but the half was not even told. In addition to the intellect of the king, how staff conducted themselves and what they wore, she noticed the way he walked, that his very gait was unlike any other. He walked with authority, and as the king bounded up the steps, his long robe swung and his tallness matched his splendor.

The rise of the steps coupled with the length of the tread was specifically made to compensate for an uneven flow, two steps on the tread, one step, two steps, half step, to make for an ‘ascent,’ one in which, when walked briskly, you could imagine why a queen from afar would be so moved; she was right, this was  a man with no equal.

Did ya notice after the queen saw his stride, there was no more spirit in her, in other words, she was blown away. His walk magnified everything about him.

Yet, a greater than Solomon would arise and walked in a manner far greater. So too would the Lord ascend, but He would ascend to Jerusalem with a purpose that even Solomon in all his glory could not tread.

While the Lord took one step closer ‘up’ to Golgotha’s hill, He was getting one step closer to the greatest of depths. Solomon could not travel to this deepness.  This was a place where no man has gone, and from where all men dare hide. This was Calvary, the gateway between heaven and hell.

Two walks: one in glory and one in shame. However, when viewed through the lens of faith, the walk to the place of the skull was the most glorious walk a man could take. If you were to see him crushed by the weight of a heavy cross, you would think he was a victim of unfortunate circumstances. Nope.

These were the steps of a very good man.  It’s no wonder we are to walk worthy of our calling; that we may magnify someone greater, but if a walk does not matter…

Blending the colorful issues of life with the unapologetic truth of scripture, while adding some gracious ferocity.
View all posts by ColorStorm →
This entry was posted in Characters of scripture. Bookmark the permalink.

18 Responses to Does a walk matter?