In the beginning God created the heaven and the earth.  (time, space, matter) 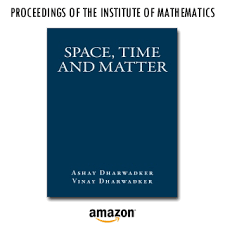 All contained in the very first verse of scripture.

There is no other document on earth with such revelation of truth and facts contained in seven words (the original text) as the opening announcement which gives credibility to everything that follows, as well as putting in place the attempts of man to dismiss it.

God and His word have always been light years ahead. ‘For ever O Lord thy word is settled in heaven:

For by Him were all things created, that are in heaven, and that are in earth, visible and invisible, whether they be thrones, or dominions, or principalities, or powers: all things were created by Him, and for Him:

And he is before all things, and by him all things consist.’

Yep, even communication is subject to the laws of a Creator. After all, it is the word of God.

Let God be true, and every man a liar. (Now now, I have said many times this does not mean men cannot tell the truth; but as to a Creator, to deny what is obvious; ahem, ‘in the beginning God created…’)

Blending the colorful issues of life with the unapologetic truth of scripture, while adding some gracious ferocity.
View all posts by ColorStorm →
This entry was posted in Genesis- in the beginning and tagged creation and matter, God and nature, in the beginning. Bookmark the permalink.

43 Responses to Just a small thing