This song above songs

Surely any day could be cited as THIS day, for to be simply alive could qualify; tomorrow does not, at least not yet.  Are some days better than others? Of course, there are a million reasons why we could choose one day over another,  but could you select one day in your own life that would be head and shoulders above all others, David like as it were, as he stood before the behemoth Goliath of Gath, one day that encapsulates THIS day? 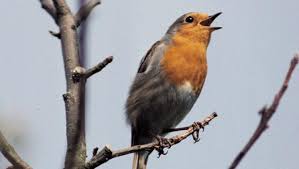 There is a principle in proverbs about the out-of-place singing to a heavy heart, such as the funeral of a mother, father, spouse, or child. We have all been visited by this untimely guest called grief, and know precisely the anguish of a crushed spirit. There are times when the songbird is mute, when the heart cannot soar,  when the tongue cannot release the notes, and rightly so.

So there He was, in the upper room, furnished and prepared for this last meal, this last seder.  This gathering was quietly demure, yet equally joyful from the Lord’s point of view. He was the Center, He whose ways were from everlasting, and all His friends were gathered unto Him. He spoke simply:

With desire I have desired to eat THIS passover with you before I suffer.  Indeed the apostles knowledge was limited and weak, for their humanity would be despondent at the soon departure of He who was earlier transfigured, whose brightness shone above the sun, and the one who identified with, and touched a leper, making him clean, while He whose name is Wonderful would himself soon be a pariah. This meal among Lord and friends was bittersweet.

There was the lamb, the bitter herbs, the cup of wine, unleavened bread, words from scripture,  final instructions given, and the preparation to go out ‘into the night.’ It was dark, but there would be another darkness where the brethren could not go.

But first, the book of Mark quietly says: ‘and when they had sung an hymn, they went out into the mount of Olives.’  Reliable sources understand that the singing at passover was the celebration of the great Hallel, a portion of praise in Psalm 118, in part which reads:

The stone that the builders rejected has become the chief cornerstone; This is the LORD’s doing;  it is marvelous in our eyes. This is the day which the LORD hath made; let us rejoice and be glad in it.

We often are reminded of this day as if it applies to all men, but first and foremost, this prophetic psalm, now sung as a hymn, isolated  this day which Lord hath made, as a day of rejoicing. This day was eternity’s destiny. This day brought the song of songs.

When He was scourged, and mocked with thorns as a crown, when He was mute before Pilate, when He was gracing via dolorosa, when He was nailed between two thieves, when He was thought to be just another misfit, THIS was the day which the Lord hath made.

It was in the upper room, it was is this atmosphere of love, hope, and a soon departure (for a mere few days) accelerated by the god of this world, that the chief choirmaster had before His mind:  ‘In the midst of the brethren I will sing praise unto thee,’ and sang with His friends from Psalm 118:

‘This is the day which the Lord hath made; we will rejoice and be glad in it.’

A simple hymn, sung in triumphant humility among weary but good hearts, as a display that the word of God is the true food for all they who hunger. A hymn was sung at the passover.  The day Christ would be taken by wicked hands, the day He would not only be crucified, but with the absolute approval of heavens throne,  He would on this day be made sin.

Knowing this, the character of the son of God was on full display in that upper room as a hymn was sung. Can we not bow in majestic reverence at such worth of the moral glory of the Lord? Do not our hearts worship at such knowledge that Christ died for our sins,  but not just a death, but according to the scriptures….was not this song palpably sweet?

How then do the brethren sing with hearts so weary, when they are so weak in spirit? How can the words pass through the stone lump in the throat? On this day, the joy of the Lord would be their strength, for they had none.

Does not ‘this is the day’ resonate with your spirit when we see Judas and his devious planning kiss the Lord on the cheek, feigning him as ‘friend,’ thus putting into motion false testimony, a mock trial, and a death sentence?  Can we not hear that beautiful melody when the Lord stood before Pilate and was mute when asked: ‘what is truth?’ Indeed, this is a song above songs.

Is it any wonder that there will be a new song, a refrain that encompasses time and eternity because of the worth of the Lamb once slain…no heavy hearts, no crushed spirits, no more tears, and a time for all things to be made anew.

In the meantime, we gather unto him anywhere and remember the hymn sung in the darkest of nights, which was a dazzling song on the brightest of nights, ‘this is the day which the Lord hath made; we will rejoice and be glad in it.

Eternity paid respect to Golgotha’s hill, (even the rocks quaked with song) and a few days later, the sorrow would disappear, and the brethren as well as countless others would understand that night of nights.

Blending the colorful issues of life with the unapologetic truth of scripture, while adding some gracious ferocity.
View all posts by ColorStorm →
This entry was posted in Doctrine and tagged great Hallel and psalm 118, hymn sung in the upper room, psalm 118 and the Lord, the song of songs. Bookmark the permalink.

33 Responses to This song above songs