He sank the sub!

A group of kids were gathered at a naval port to watch their friend perform his ritual and speech cloaked in his despising of anything Godward. This man hated God, and he had a mission. Amid laughing, jeering, cursing, applause, and just plain silliness, the display of ignorance, arrogance, petulance, and theatrics was like  a weekly bonfire of jubilee. 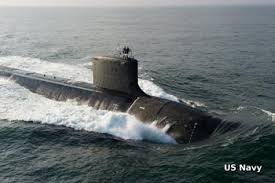 There was orange soda, potato chips, and a ream of twizzlers, all adding to the levity in waiting for the clock to strike high noon, as retired Commander  Tiaranstein plied his craft of daring the Creator. ‘Stop me from sinking this sub if you are real,’ he would shout to the excitement of his followers, ‘there IS no God!’

The older man had a captive audience in the youth, as it was his passion to purge their minds of any thoughts toward God. The youngsters found him entertaining.

Yeah, a real sideshow, as the former submariner was rather proud of his abilities under the seven seas. He lectured the boys on covert ops, stealth, the improvements and tactical advantages of titanium over tried and true steel, he spoke of range and depth, pressure within and without, and the general need for all the crew to be on board with a single purpose, for dwelling in tight quarters for extended periods of time could wreak havoc on a mind.

So there he was at twelve o’clock as he pulled out his pea shooter (a 7 inch Wendy’s straw) and blew his first puff at the iron whale. ‘Bam, got it!’ to the thunderous roar of the kids, and the waters began to churn around the football field sized sub.

Chips were passed, pop was gulped as another pea was shot. ‘This thing will go down,’ as the commander reached for more words: ‘The submarine while looking fearless, can be very weak and prone to attack, and one must be always on guard against lurkers, especially those in uncharted waters.’ He always sprinkled in a few morsels of facts with his oratory of unbelief. The boys just about worshipped the Commander, but there were a few who knew otherwise.

Pffft, he snorted out another pea. The sound of the sub got louder, the waters rose, and the massive iron lung started to disappear after 5 more shots of the Commander’s peas. The boys went nuts: ‘He did it again, all praise to the Captain,’ and of course the old man looking up toward heaven and seeing nothing but blue sky and clouds,  gnawed his teeth: ‘aye, where are ya, ye sailor in the sky?’

Immediately, a young voice from afar was heard: ‘But Cap’n, can’t you see the dust of His feet?’

Ignoring this stunning answer, the old seafarer is proud once again, as he dismissed the Creator with seven puffs of his pea shooter. He sank the sub!  With his own hands and breath, he with a plastic straw has sunk the steel fortress with a few beans. Oh the strength of man.

Yeah, this is what your attempts look like Mr. Skeptic, as you try to dismiss He who made your hands, He who gave you eyes, a conscience, the very breath of life, and provided the elements and resources for the sub, this is how weak your case is, how small you appear to others who know better.  So you can sink a submarine with a pea shooter eh? So you think you can dismiss the Creator with a few paltry insults? Ha!

Be careful that ye offend not one of these little ones. (and isn’t it strange that the waters also cannot keep the submarine below, he WILL rise again)

Blending the colorful issues of life with the unapologetic truth of scripture, while adding some gracious ferocity.
View all posts by ColorStorm →
This entry was posted in Unbelief (ahem: atheism) and tagged and faith, he sank the submarine!, submarines, the commander and unbelief, unbelief. Bookmark the permalink.

37 Responses to He sank the sub!