I love the analogy of creeping things, hyenas, cobras, and even gardening, against the insidious nature of man. Apologies to gardeners everywhere. 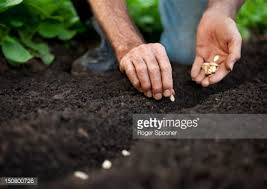 The covert intentions of scheming, the snickering laughter that borders on the bizarre, the sexual perversity,  the stinging venom, and the planting of bad seeds are quite a package when delivered to your door step. Not all gifts are good, and not all need to be opened. It is perfectly fine to say: ‘no thank you.’

‘Every good gift and every perfect gift is from above, and cometh down from the Father of lights, with whom is no variableness, neither shadow of turning.’ Every. God the Father is the dispenser of good gifts, and there are no nefarious purposes, as He is pure. There is no doubt nor salacious intention. God gives not as man gives.

It is entirely amusing to hear the complaints that I ‘refuse to hear the truth of opposition,’ and will not post vids, essays, and posts that ‘prove’ God’s word is stale bread.

At this site, where the byline reads: ‘combining the colorful issues of life with the unapologetic truth of scripture,’ there is not a drop of ambiguity as to whether scripture is true, reliable, accurate, and settled. God is. Christ is still the Head of the church. The God of Abraham, Isaac, and Jacob neither slumbers nor sleeps, and has every interest in man today as He did ‘in the beginning.’  His word is steadfast, and it is the anchor of the soul.

There is no variableness with God.  There is unfortunately, variableness and shadow of turning with people, and when this is combined with the traits of hyenas or cobras, well, you can imagine what kind of seeds are intended to be put in the ground.

Some time ago, there was a barrage of comments within a few hour period from individuals, with the sole purpose to disrupt, jam the site with comment lag, and to sow chaos, making the need to moderate obvious. Apparently WP agrees this is a good tool. People with the intention to wreak havoc cry ‘free speech,’ or even cite the U.S. Constitution as if their words are golden and should never be harnessed.

Newsflash: No. You may be able to say whatever you want, AT YOUR PLACE, and nobody is stopping you, but you see, I as landlord, I as the gardener, decide what seeds go into the ground; and I have no desire to accept ALL the seeds of doubt, darkness, and depravity.

I do not have to open  EVERY package of seeds let alone put in alongside the good dirt. When a person says:

‘Colorstorm is an oddity, but ultimately I think the seeds we sow are getting in. He knows, for example, that Moses was not a real historical character. I’ve been through it with him countless times, which is precisely why he insists on claiming the opposite post after post after post. If somewhere down the line he starts to actually assess this information, and apply it, then some ground has been made.’   -superstitiousnakedapes

Me, an oddity? Meh, so what, probably true. Me saying Moses never lived? A blatant lie, impossibly backed up or in the slightest even inferred, and the commenter admitted his plot: ‘the seeds we sow.’ What good gardener plants seeds of lies?

I am full aware of the intents by they to ‘sow seeds of doubt and discord.’ I am well aware of the overt disdain of scripture, Christianity, and people of faith. Consider these few past observations as reasons to deny certain comments or vids:

I have no desire to ‘scrutinize’ your references of God haters, word of God doubters,  pseudo scholars, and all the perpetual assaults on truth, which by the way are simple cloaks for the real issue: a rejection of the God of heaven, the Lord of redemption, and His very word.

The genealogies are undisputable. The records are infallible. The words are convicting. The prophecies are sure.  There is no book on earth which presents man as the word of God does, after all, God knows what is in man.  No other book on earth reveals the Lights and Perfections of the living God. Then there are the ‘living epistles,’ the lives of men, read by all.

For thousands of years, the word of God has been attacked and called into question as if God cannot keep a good record of his own words. Peruse the internet, or books from the libraries of the world, and you will find plenty of pit bulls trying to devour the word of God, as they are all currently without teeth, because the rock of ages endures. In blogsville also, countless people have condemned Genesis as simply a book of myths.

Some so-called men of renown have stated there was no exodus, which lateral result calls into question the promises of God to the nation of Israel and further, to cite the Lord Jesus Christ as a madman.  No small feat for a bible teacher, or any body for that matter, to say this with a straight face.

Yea sure, Moses was a myth. What a devilish seed looking for good dirt, but sorry, not welcome in my garden. Plant your own weeds elsewhere; this acreage finds these seeds totally unusable.

Here is a mild accusation:

‘Colorstorm censors, CS moderates.’ Uh, with a choice few, indeed, and happy to do so.  If people had their way, a thousand comment post would not be enough to sow these ahem, ‘seeds of doubt.’  To let the comment stand unanswered gives it an air of legitimacy. To answer gives the perversion credibility. Some comments deserve neither.

The mandate is simple: ‘Shun profane and vain babblings.’ Saying Moses never lived is vain babbling. Saying Christ was mistaken about history is profane.  This is hardly a discussion worth having, as the afore mentioned ‘sowing seeds of doubt’ is the plan.

You know your beliefs are brittle, which is why you censor. It’s really as simple as that.
Now, you do know Moses never existed. You know he was a literary invention. You know that a completely contradictory history of the Jewish people has been confirmed. You know that despite all your efforts, you have failed to find a single archaeologist, biblical scholar, or Jewish rabbi who sides with your public position. Now CS, it’s quite clear that have severe emotional issues, but deep down there is a sane man who recognises the reality of the matter.

To somebody who complained about my editorial work, I said this:

Do you ‘censor’ what goes into your salad, or do you sprinkle in rat poison so the spices do not complain?

So we are selective in that which is somewhat irrelevant, and are careless in matters of grave importance. We are such hypocrites. We judge a thousand times a day without thought, but find fault when people take God’s word seriously, and actually say ‘begone’ to mindless and endless babblings which promote mischief.

I make no apologies for scripture, nor of the seeds rejected for the garden bed,  but know of a truth, overt darkness I will not help to plant and water.  If something is rejected, ask yourself why; more importantly, maybe the better question is why have other comments twice as seemingly egregious been allowed to stand….

Yep, our selfishness, shortsightedness, and misunderstandings always cloud our vision; not to mention the lack of respect for the Creator and his word. But that little issue of the dirt and what grows….. and let me tell ya, there is nothing on earth like sanctified dirt.

Blending the colorful issues of life with the unapologetic truth of scripture, while adding some gracious ferocity.
View all posts by ColorStorm →
This entry was posted in Exhortation and tagged dirt, dirt and God, faith, seeds, seeds of doubt, the devil. Bookmark the permalink.