Certain words roll off the tongue with little or no effort.  ‘Delight’ is far easier to say than ‘anesthetist,’  and ‘isthmus’ wins hands down as being harder to mouth than ‘bumblebee.’ 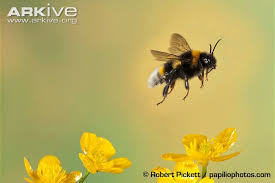 In English, there is one word in particular we speak casually,  and perhaps take for granted even if our intentions are good, and oddly enough, it is not a hard word to speak at all. It’s found over 2500 times in scripture, and is a word which presents scorn to some, hate to others, blame to still more, while at the same time is a savor of life to others.

Knowing the importance of this word, I suggest we place the proverbial cork in the dam and make a conscious effort to realize the aspersion cast when ‘others’ speak this word, and notice the broadness of this influence, and bring to the table our own ear and mouth of defense, and add our own dose of melody amid the clamor.

This will sound odd to you at first, perhaps ado about nothing, but consider the possibility of ‘something more than meets the eye.’

Israel, as in ‘Iss-ray-EL.’ Others say ‘Iss-rye-EL,’ or ‘Iz-ray-EL.’  Three syllables not two, with heavy emphasis on the EL. This word is generally spoken in a hurry, and de-emphasizes EL;  ya think maybe some want to dismiss God by the mere pronunciation of Israel? Let’s not allow the world to dictate unbelief in that which is precious. No sense in aiding and abetting them.

EL is one of the names of God, so there follows a natural reverence when we say consciously IsraEL. The most High God is EL ELyon;  and EL Shaddai as in God Almighty.

Even the tongue in the mouth must ascend when speaking the letter ELL, as if the alphabet bows in such awe. But of course.

EL Shaddai, as the all-sufficient One, all sustaining as the I AM, He who is from everlasting to everlasting, the God of the breast, the near one to the beloved apostle John, indeed is worthy of respect when saying His name.

I understand how the reporters from CNN say ‘Izrill,’ but I need not follow their lead. I get it how the president and world leaders say ‘Izreel,’ as if it’s no more worthy than newsreel, but my ear need not agree, and my tongue need not confess the same idea.

Then you have ALLah,  ALL not EL. A coincidence? I doubt it. So when we say the angel Gabriel, we do not say, (or should not say) Gabrill. The respect is GabriEL as he would have no stature apart from God, so we in a round about way show respect and admit to the authority of the most High. Equally so, when we say Nathanael, it rings truer as NathanaEL.

Tell me you do not appreciate it when a person pronounces your name correctly.

Offender for a word here, or overly sympathetic to irrelevance? You decide. But the next time you say the word Israel, note how pleasant to the ear it sounds, and how it has long been a word we have spoken with a great degree of casualness. EL ELyon is hardly casual; the most high God is surely above us and deserves our heart’s perfection rising from the lips.

Yes, it may take some time for this to become familiar, but it’s only because of habit that it seems strange. As in most things, there are good, better, and a more excellent way.

That said, it would be far better to support Izrill and speak loosely, than to be a speech expert saying Is-ray-EL while mocking the apple of God’s eye. I’m thinking somewhere in there is a nice balance.

God in his pleasure has chosen a nation to display his goodness, mercy, sovereignty, promises, and His enduring and endearing word. The enemy of God hates this fact and has called Izrill the bane of the earth. Is-ra-EL however is the apple of God’s eye, not because they are better than most; yea rather but that God is true, and His word ever good.

Speaking of un-real……….Mr. Jenner has graced the cover of Vanity Fair bringing tada: a new name, Caitlyn. How splendid, how progressive, how sad. The short post below touched on this already; could have been written a thousand years ago or this morning.

Blending the colorful issues of life with the unapologetic truth of scripture, while adding some gracious ferocity.
View all posts by ColorStorm →
This entry was posted in Israel and scripture and tagged EL and Israel, El shaddai, Land of Israel. Bookmark the permalink.

26 Responses to Izz real? and un-real.