It’s all about the place

Some pics are worth a rerun, but now in a different context. 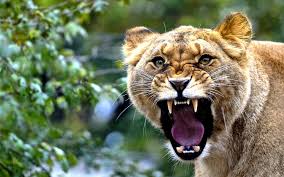 But Helen Reddy while sounding poetic, had it wrong. The lioness may roar, and nobody would  challenge the point about the special place of  ‘woman,’ but ahem, men and women are somewhat different in case the memo was lost.

Some animals are fearless and majestic, others cautious and wise, others solitary or quiet; a testament to the Creator, for male and female created He them.  Not better, but different.

It is being comfortable in the skin given to one at birth. It is being content in the place of difference.  It is all about not rewriting what the hand of nature’s God has dealt.

(By the way, this is what makes so-called gender changes so bizarre, as if a male lion could somehow concede his nature, power, and image)

Don’t you admire the genius of God in the stunning difference between masculine and feminine? The shape of the body and face, the size of the mouth, the size of the head and thickness or thinness of the neck, the pitch of the voice, the mane, the beard, the habits, the distinct gait, the strength of the paw or hands, the natural pride,  the desire to protect, seek, or hunt, and the response to act simply as it was created.

Then there are the countless  other maternal or paternal differences, the mother with the newborn, the instinct to give life and limb for the young which does not diminish through the years; the nurture and discipline, the 24/7 on call motherhood, building a house, making a home, instruction in righteousness, impartation of a work ethic, the learning of trades,  and the hundreds of thousands of things that make men and women different. Not better. Different. Everything in its place.

Then there are the emotional, mental, and spiritual differences between the sexes which I say, others more qualified have addressed.

That grin by the turtle is envied by the bullet proof ammo of the rhino. The long neck of the giraffe is coveted by the field mouse which in turn the giraffe would love to be able to hide in a log. All things in their place. But the place for male and female? As distinct and near, but apart as the sun is from the moon.

God created man, and outside of a Creator, there is zero explanation for woMan. None. Zippo. Zilch. May I repeat and add further: There is NO explanation for man and woman apart from a Creator, as a non thinking entity could not conceive of life, let alone gender distinctions. Life begets life, and all springs from hope eternal. 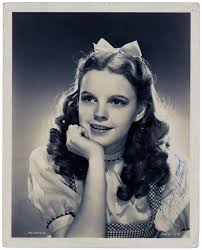 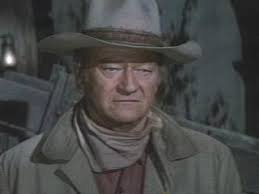 And the woman, well, she is kind of obvious. But ah, what makes the woman different from the lioness?  Aside from lacking a few extra limbs and a hide, how about a hint:  image.  And herein dwells the inescapable answer to all the excuses, petty ideas, and dark lies of man.

There is a full frontal and insidious attempt TODAY to corrupt the image of man. You doubt it?How many times have you asked: ‘Is that a man or a woman?’ The blur is purposeful and caters to this thing called lukewarmness or ‘cultural shift,’ masquerading as progress, whereby masculinity is castrated, femininity is mocked, and the unique ‘place’ of each is out-of-place, kinda like a pelican in the wilderness.

The in your face truth of the blending of the sexes with a view to weaken both, is undeniable, blatant, and pathetically getting worse. The male lion and the lioness are NOT the same. They are perfectly beautiful in their distinctions.

The strutting tom seeking the attention of the hen; the antlered buck roaming the fields looking for the doe; the mother with her ducklings, the pair of doves spending their days; the mother and father with children as a family, all giving testimony to the genius of nature’s God, for male and female created He them. And oh by the way: He made the stars also.

God made the kinds, yes, but only man was created in His image;  And everything in its place. Case closed.

Blending the colorful issues of life with the unapologetic truth of scripture, while adding some gracious ferocity.
View all posts by ColorStorm →
This entry was posted in Nature and tagged faith and lions, feminism and lions, hear me roar, i am woman, john wayne and creation, science and helen reddy. Bookmark the permalink.

54 Responses to It’s all about the place