A few minutes at the fair

The animals did not name each other, neither did they name ‘man.’

If evolution had any sense, the lions would have sent man to the island of misfits thousands of years ago.

Soooo, who cut the first babies umbilical cord? The ‘ape’ card has long been trashed by sanity.

Remarkable (eh, not really) how God’s word says men would travel far and wide high and low to dismiss Him; even go so far as to write endless books to try to erase him from their conscience. Yeah, how’s that working out for ya? The greater the resistance, the greater the flame of rebellion. Men love to start fires.

Rebellion is as witchcraft. Many rebels cloak their pretense behind the adulation of others. Witchcraftery is everywhere.

If man is no different than an animal, a funeral for the dearly departed is a poor courtesy.

Flanders Field, Arlington, the forty five buried in the small towns of yesterday, and all the deceased in time; cry from the ground, awaiting the great day of reckoning.

The accounts of men will be tallied by He who misses nothing in the ledger.

He sees the pride.

They worshiped and served the creature rather than the Creator. Not too smart.

He sees the vanity.

People complain that God sent a great flood, yet they fail to see the patience of God for 120 years, as He called them to see the wickedness of their very thoughts and deeds. A holy and perfect God is blameless against the petty charges of man.

And oh by the way, God is perfectly capable of seeing NOTHING, as in ‘I will remember their iniquities no more……………..’ Grace is rather stunning. 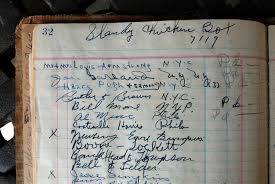 Blending the colorful issues of life with the unapologetic truth of scripture, while adding some gracious ferocity.
View all posts by ColorStorm →
This entry was posted in Exhortation and tagged all is vanity, Life!, noah and God, vanity fair, wisdom without God. Bookmark the permalink.

43 Responses to A few minutes at the fair