The rock of offense.

What strange days we live in, that folks are so easily offended. Hmmm. This short accounting is important, not because I was party to the convo, but because faith and God’s word is continually under assault, and the sting to the conscience by the biting truth of God’s word is rejected, and substituted with an accusation of character defects.  Try to follow the downward spiral,  and judge for yourself if there was cause to be ‘offended.’ 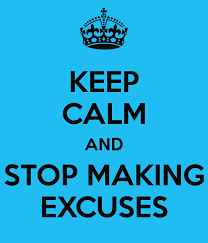 There is a post running (seems its gone) regarding Eden by a fellow, a professed former believer.  (Why a person would flee from Christ is another story.)

Without being overly wordy, the gist of my commenting was in answer to the mocking of Eden, you know THAT garden, and was clear:

To speak well of scripture;  to suggest people be careful with sharp objects (the sword of the spirit, the word of God); and to  state without apology that the truth of God is found in any version of scripture.

After noticing some weak arguments and agreement challenging the accounting of ‘Eden’ as revealed in scripture by a few on the site, I observed:

‘Both of you should be a little more careful with sharp objects,’

To which I was immediately told:

‘And you shouldn’t intellectually run with scissors.’ -siriusbiziness.  I took no offense and added, having rock, paper, and scissors in mind:

‘Ah but sirius, the ‘Rock of ages’ stands against all onslaught, and is neither dimmed nor tarnished.

Even a little pebble in the right hands brought down the insolent Goliath of Gath. It is we who bring the perpetual insults and lame excuses.

God is perfect and His word is sure.’  -CS

A perfectly understandable defense of scripture to which was questioned:

I am in the middle of writing some notes on the very brief examination of the history of the Bible, and I can assure you that even among the faithful, there is no consensus on what specifically are the sure words of their deity.’

The following REPLY to the above comment was deemed offensive or inappropriate and was strangely deleted, probably for rejecting the bait to argue endless bible translation issues, and presenting common sense instead:

‘Ah, but it does not matter now does it, as to the version, as the truth is not believed in any of them.’

‘Death is not the result of sin, blah blah blah.’

‘In the beginning…………..God.’  Only the sleight of hand would turn this into a translation incident.

‘CS, your reply was deleted. You initiated this conversation, you made claims, and I asked you to back them up. Back them up, or have the common courtesy to leave them unsubstantiated.’

‘CS, your second comment was deleted once again as being non-responsive. namecalling also is not appropriate. Gaslighting is also inappropriate. Until you can demonstrate the ability follow my rules on my blog and apologize for your behavior, your comments are not welcome here.’  -siriusbiziness

And my observation was the bane of this thread? The forthtelling that unbelievers mock Eden, sin, and its result: death? This was worthy to be charged with ‘name calling, gaslighting……………?   Oh the hypocrisy of unbelief.  Apologize?  Really?

The ‘version doctrine’ is a smokescreen, and I pointed out the lack of logic in pursuing endless roads involving translations, when the simple truth that ‘God created the heaven and the earth,’ as written in ALL of them, is dismissed.

This truth was apparently vinegar on a wound as the logic is bulletproof. No, this comment must not stand, as there is no defense!   And mock the commenter with false charges. 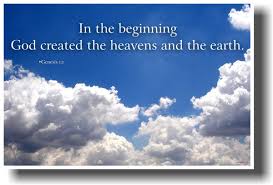 Apologies are useless unless they are sincere, and James says ‘in many things we offend all.’ Scripture has that effect, so I am sorry if a person is offended, but not sorry for the truth that offends.

There is a divine directive to contend for the faith, but many people mistakenly think it is being contentious to simply defend scripture. Not so.

(It appears the original post and all comments have been removed; perhaps a little understanding surfaced and a person was castigated for no reason….No apologies necessary.)

Blending the colorful issues of life with the unapologetic truth of scripture, while adding some gracious ferocity.
View all posts by ColorStorm →
This entry was posted in Daily news, Doctrine and tagged hypocrisy of unbelief, thin skinned and offended. Bookmark the permalink.

28 Responses to The rock of offense.