Regarding his presence at the UN, Mr. Netanyahu said more in 45 seconds of silence than do other men in a 2 hour lecture.  His silence was pure gold and weighed 7 tons. 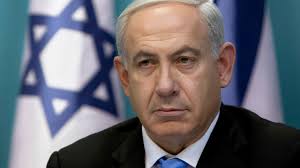 What mettle, what steely resolve, what a man whose mind is stayed on the preservation of his country. Would to God America was graced with such a leader.

As I saw him staring, yes, staring at his audience after a blistering set of truth and facts about Iran’s plan to send Israel into the sea, I sensed the realness of a sound mind, and thanked God for him in such a time as this.

Listen to Benjamin Netanyahu speak, and compare him against the mumbling and drunken stupor of any Iranian leader, and here you will see a man above men, in intellect, wisdom, bodily presence, focus, knowledge, and you must agree that his is a righteous plea for what is decent and good.

And where was the US in the audience?

May God bless him, his country, and may God turn any missile against Israel into the place from whence it came.

(If you have not seen this, do yourself a favor, but for the context, listen to the full speech, and open to full screen)

Blending the colorful issues of life with the unapologetic truth of scripture, while adding some gracious ferocity.
View all posts by ColorStorm →
This entry was posted in Israel and scripture and tagged A true world leader Netanyahu, Iran and Israel, Netanyahu and the UN. Bookmark the permalink.