Just a little play time here like the otter, and no offense intended, but perhaps you will agree that this is a bit humorous.  Esteemed in many circles, Stephen Hawking said recently that artificial intelligence could wipe out humanity. Beep, I’m sorry, wrong answer. However, He does get a few points for agreeing with God that men will ‘increase in learning, but not able to come to the knowledge of the truth.’ 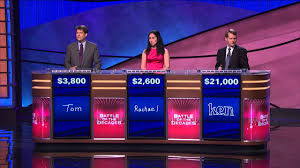 Stephen H. is worried about the rise of the robots, that they could supersede humans. Ha, the meebots have quite a head start on the robots, no worries.

Newsflash Stevo. A mind that rejects the One who fashioned the brain with the innate ability to think thoughts such as this, is already operating on fumes, and has long been a vendor of artificial intelligence.

The human brain in its weakest moment can outdo any computer in the area of intelligence. Hit a key of a piano, and it does not care if you play songs to the devil or sing to God, as it has zero intelligence, like that computer sitting yonder. Ah yes, the picture becomes quite clear of a Creator and his created.

A heart apart from God is displaying borrowed intelligence from the scrapyard of collected ideas while having the audacity to reject the Draftsman of all intelligence. Nothing new here.  When a man says: ‘there is no God,’ this is the height of artificial and pretended learning, masquerading as intelligence. Not too smart.

At the funeral of a loved one, a man is lying to himself when he clings to the stale idea that this dead one will never face the bar of justice for a life lived. Yeah, the dead prairie dog has many a visitor at his wake. No, his friends scatter to live another day. Man is so unlike the prairie dog who in death has no companion. (Thank you Mr. Keillor.)

Common sense dictates through nature and the seasons that yes, man will rise again according to the Owner of all life. For God’s sake, even the tongue of the perennial flower sings the gospel.

But as far as humanity being ‘wiped out,’ no worries there Steve. While we (mankind) do a fine job of messing things up, God always has the final say, and being ‘erased’ does not excuse a man from ultimately bowing the knee in humiliation for not taking heed to the still small voice of the heart and conscience.

And by the way, knowledge is not intelligence.  A common spider displays more intelligence than a room full of PhD’s who laugh at God. Creation apart from intelligence leaves one with a grand accident that some call a leech aka atheism, sucking the life from the created and trying to live off the bones.

Sorry Steve, would you like to try Sports for 600?

Blending the colorful issues of life with the unapologetic truth of scripture, while adding some gracious ferocity.
View all posts by ColorStorm →
This entry was posted in Unbelief (ahem: atheism) and tagged intelligence apart from God, sarcasm and intelligence, Stephen Hawking, unbelief. Bookmark the permalink.

44 Responses to Nice one Steve