Oh how the tide turns

Seemed like an ordinary day, that is, if you consider a day on the water among friends and family, walking atop the wooden piers, watching sea life,  and people, considering the nuances of restaurant food, smells, and noises just ordinary. Yeah, there’s a question: what is ordinary? But I digress. 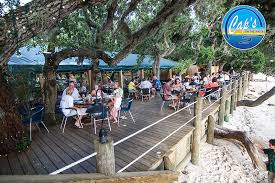 A TV script could be written; the tides of our lives, as the tide turns, another tide, but this day was drawing to a close.

A man wandered off to be alone with his thoughts before the setting sun called it a day, and he walked along the thin boardwalk, straying further and further from the docked ships, the food palaces, parked bicycles, his friends, his loved ones, yes, he was lost in imagination enjoying the din of such a good life, and more so, here on the water where there was no smoke, no unwanted sounds, and he wanted to drink deeply one last time the memories of his excellent day. Mmm, the smells.

He noticed the water spill onto the lumber beneath his feet, but strangely did not appear interested in the wetness of the walkway. All day he walked, and the planks were never wet, but now, dryness was hard to see, and he sensed the water rising beneath his feet.

Not too concerned, he strolled and smiled, then instantly, his mind went from a great calm to near bedlam as he looked in every direction. The restaurant was gone, no bicycles, the ships, his friends, no family to be seen, and what was once a massive vacation spot on the water was gone. The wooden boardwalk had no context, and his ankles were now wet, then a minute later his knees, and there was nothing, nothing in sight.

Water in every direction and now the very boards beneath his feet were submerged.

How could this be he thought? A mirage? A dream? In a moment, in the twinkling of an eye, he was waist-high in water, and of course he thought of a phone but what’s the point? From serenity to blatant fear for his life, he had no time to think, for he was at the mercy of the tides, tides which showed no favoritism.

Did he now curse God, or did he thank God in his final moments for a life well spent? Or did he do neither and plainly succumb to the avalanche of the inevitable swallowing by the sea?

I don’t know. You may know, or you may not care, but truth be told, all of us are on borrowed time, and none know the time, place, or the day we will be called to surrender our borrowed oars.

Is this pessimistic by noting the obvious? Or is it optimistic by calling to attention life in all the beauty of its random events?

Think of that great ship the Titanic, and the waters that mercilessly claimed its occupants. Think of that other great ship, that housed eight people, and how the same waters were helpless in claiming the passengers. Water is both brutal and wonderful, but in the end it’s always a good idea to consider He who owns the tap.

Time is short. The breaths are fewer and fewer. There are only so many full moons we are given to see and enjoy. The information of, in, and through life itself points like true north to He who sitteth in the heavens. Always and forever.

Blending the colorful issues of life with the unapologetic truth of scripture, while adding some gracious ferocity.
View all posts by ColorStorm →
This entry was posted in Exhortation and tagged God and certainty, grace and uncertainty, the tides of life. Bookmark the permalink.

6 Responses to Oh how the tide turns