Using David’s one smooth stone of truth, the giants of opposition and unbelief come crashing to the earth, falling directly upon the sword used against David. Of course it did not happen exactly like that, but pretty close. Stubbornness and lies cannot abide in the presence of God. 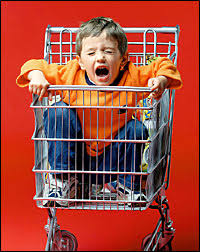 But one thing was certain: Goliath of Gath had a big mouth, and he mistakenly underestimated the God of the one he called a ‘pipsqueak.’ The God of little David was the God of King David, the God of Mordecai, Joseph, Peter, James, and John, who never slumbers nor sleeps, and who is quite aware of the doings in His creation in soon to be 2016.

Some things never change, as I am reminded of an adult shaking His fist at the Creator, or a brat at a grocery store creating a tantrum because he is not getting his Oreos. Meanwhile, Junior knows nothing of respect for authority, limitations, obedience, manners, or patience, and then he runs his mouth to his siblings telling them ‘mom and dad are evil……………’

But of course, the little tyke with the big mouth does know the boundaries of his juvenile proceedings, yet stretches the rubber band of his parents kindness till it breaks. The word ‘No’ is not acceptable to him, he must have his cookies! it does not matter that his parents do not have an extra dollar fifty; he wants them, and he wants them now.

Like wayward children interpreting their parents through their own selfishness, men foolishly create God in THEIR image, then spend their days berating Him using misunderstanding as the weapon.

A kid may as well attempt to paint a rainbow in the sky using a toothbrush, only then to blame God that the paint is not sticking, as it is to peddle the idea that his mother is evil because she did not bow to his wishes and put the sandwich cremes in the shopping cart. Not too smart. Not a whole lot of understanding.

Petulance and unbelief serves up many a cup of coffee to happy customers, with misunderstanding asking to pass the sugar. But these twin ingredients are like service station kerosene in a styrofoam cup, while the patron swears on his life that it is the best coffee ever. Such is the delusion of deception.

That oaf Goliath had no common sense, and he surely was a bit careless as to the God of heaven and earth. Men look on outward appearance and saw ‘strength’ in the big fella by virtue of his size, but true strength abides in confidence in the living God, and the fall of Humpty Dumpty proved the God of all power and truth.

Now if the little kid in the store would only learn to behave….

Blending the colorful issues of life with the unapologetic truth of scripture, while adding some gracious ferocity.
View all posts by ColorStorm →
This entry was posted in Exhortation and tagged children, culture and God, God, Goliath, manners in public, rebellion. Bookmark the permalink.

26 Responses to One smooth stone