Posted on November 2, 2015 by ColorStorm

Don’t you love how a new day is announced,  where the magical time between darkness and light calls for attention to the exquisite nature of the Creator. Did I say Creator? Uh yep, as there is no doublespeak or ambiguity here. 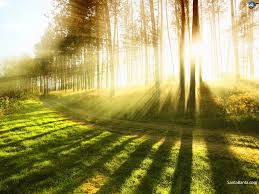 The darkness is not dismissed and the light is not brought forth abruptly. There is no slamming of the refrigerator door, there is no unwanted noise when the light says to darkness: ‘Good bye.’  The baton is passed from darkness to light seamlessly, and perfectly; something otherwise impossible if it were not for the hand of God. 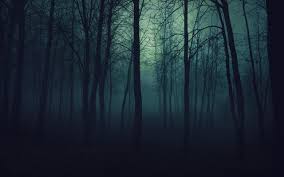 He is like this. Unassuming, yes, so like the Lord Christ who speaks to the spirit of man yet demands no obeisance. His words are like a magnet, as they are spirit and they are life. The new day must dismiss the darkness. Who else is the caretaker of natures perfections.

The handprints of the divine are stamped upon every new day as the curtain of life rises. The song birds begin to chirp, as the owl has no place in a new dawn. The thin line between night and day is a hallmark of magnificence,  with the reminder that He divided the light from the darkness.

So we too have a choice as to what cultivates our attention. Light or darkness. We read that of Christ: In Him was the light of men. Of course, who else carries such lumens….and did not that once rascal Saul of Tarsus receive a new set of eyes as he was blinded by the glory of THAT light? Indeed, it was not punitive, but glorious.

The light of God forces a man to decide. We are either with Him or against Him. What think ye of Christ, whose son is He? was the masterstroke of a question, pointed to minds so bent on refraining from truth. Son of David yes, but also David’s Lord. Smitten of God and afflicted yes, rejected by man and forsaken by God yes, but thankfully, by virtue of Himself, He now sits on the right hand of God, a place unsuited for any other but Deity.

‘Sit thou on my right hand’ was the word, and it was enough to suggest the truth of scripture, but still, God forces no hand, even while rocks are tossed in self-incrimination. He draws, and they who judge themselves against Light, are more than willing to forgo the darkness of fleeting pleasures and the pride of life, and to gladly succumb to the source of all water.

Yes, He draws like light, like a spectacular sunset, or a new morning. The curtain rises, and He who changes not, welcomes one and all, but we must leave our pride at the door ere we sit in the pews of the greatest cathedrals that learning offers, and which intellect recognizes,  as we  observe, walk, think, and finally rest in He who ‘holds all things together by the word of His power.’  And now to borrow a thought as a reminder:

Maestro. Tap tap. The curtain rises, and darkness has no choice but to say goodbye, bowing to the light of life. ‘In Him was no darkness at all.‘

Blending the colorful issues of life with the unapologetic truth of scripture, while adding some gracious ferocity.
View all posts by ColorStorm →
This entry was posted in Nature and tagged Christ and light, nature and scripture, sunrise and God, the light of life, unbelief and darkness. Bookmark the permalink.

70 Responses to So long, fare well