A man was working with a table saw and placed a piece of oak on the metal fence and ripped it clean. Oops, he also extended his hand a bit too far and cut off his second finger. 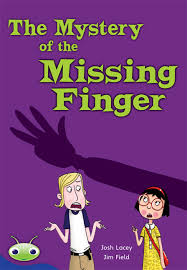 ‘Dang’ he said, and turned off the power saw.  ‘Looks like we gotta go get us a finger,’ said his pal.

So off they went, yep, K-mart was out of stock, they thought of Wal-Mart, but opted for Home Depot.

They grabbed a guy in a colorful vest and asked him where he kept the fingers, and he said: ‘sure follow me.’ With exuberant faces, the two trailed the pin cladded award winning associate as he proudly pointed to the ‘fingers.’ ‘Here ya go, what size ya need?’ Staring blankly, he with the missing finger said: ‘These are not fingers, they are flanges.’ Oops.

Being distressed, they thought of a jeweler who specialized in fingers. ‘See, I have this ring, and I need a finger to put it on.’ ‘Hmm,’ said the gem master, a real beauty there, but can’t help you. Did you try the grocery store?’

Off they went to Shop-n-Spend, and asked the clerk: ‘Finger section?’ ‘Yep, aisle 2, all the way in the back. I’ll page someone to help you.’ Being finally optimistic, they ran to aisle 2 only to be once more disappointed by a clerk pointing to package after package of ‘Vienna Fingers.’

‘Where the bleep can I buy a lousy finger?’ the fella asked his bud. ‘It appears no where on earth,’ and with this the alarm clock beeped at 5 am……..

On a more serious note.

It’s a never-ending story of excuses and bizarre thoughts as to the origin of man. Without a standard for life, man but guesses and foolishness flows from the faucet of pride and a heart of stone. The standard? God’s truth of course, which necessarily puts Him high above man since He alone created the finger.

ALL the attempts of the intellect of man apart from the Creator, are akin to going to the local store to purchase things that are not only unavailable, but cannot be had.  One may as well try to get milk from a turkey.  As far as ultimate truth, the mind of man is bankrupt without the Creator in his radar.

Buy the truth and sell it not is the sober reminder that fingers cannot be bought, nor can truth be sold.  Where the missing sock went is a mystery. Where the finger came from is clear as a bell.  It is no surprise then that the fingers of men are so comfortable working with the dirt of the ground, since men and women are but clay vessels.

But the man was a tad wrong when he suggested he needed a ‘lousy’ finger. Lousy? Lousy? LOUSY? Uh huh sure, as if a finger is not miraculous.

But to the skeptic: Need a finger? Buy it yourself. Aisle 2 maybe? Good luck with that.

(Brought to you courtesy of  ruths arguments, stating in agreement with vwisp, that the scriptures are somehow intellectually deficient. A lamenting tale that observation is. Yeah sure. Go into the lab, using nothing, and create a finger. A person will wear out his ‘intellect’ trying.)

Blending the colorful issues of life with the unapologetic truth of scripture, while adding some gracious ferocity.
View all posts by ColorStorm →
This entry was posted in Genesis- in the beginning and tagged fingers, fingers and creation, God, humor and fingers', science. Bookmark the permalink.

30 Responses to ‘Associate to aisle 2 please’