Acknowledgement, tribute, recognition, testimonial, merit, honor, kudos, attention, acclaim, hailing, giving a nod, praise, glory, commendation, applause, bestowal; these are just a few of the many faces of giving thanks. 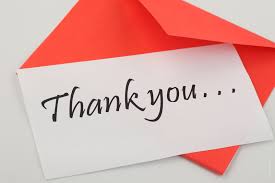 In the presence of them all, Paul on the ship gave thanks to God for the safety of all the passengers.

On the night in which he was betrayed, the Lord took bread, and gave thanks.

George Washington bent the knee many times and gave thanks for Providence.

She who won an Emmy thanked God for her family.

The hymn writer thanked God for His blessings.

Some give thanks for the ability to see the hand of God in His creation, from the stars above, to the waters below.

The mother thanked God for her children.

The father thanked God for his wife.

The son thanked God for his hands and his job.

The daughter thanked God for her friends.

The stranger thanked another stranger for holding the door.

The beggar thanked the stranger for a dime.

The infirmed thanked God for his illness.

The salesman gave thanks for being fired unjustly.

The blogger gives thanks for readers and friends never met and they who touch and are touched.

The sage thanked God for his inspiration.

All creatures great and small give thanks daily. Giving thanks is proof of a grateful heart; may as well give thanks to He from whom all blessings flow.  Or we could always jump ship:

Neither were they thankful, and their foolish hearts were darkened.

Me? I would just like to say Thank God for not giving me what I deserve, and giving me from His abundance the riches of His grace.

Many ways and many reasons to say and give thanks. Thanksgiving. A day and tradition unlike any other. A true American holiday. Thank somebody just because. Happy thanksgiving to one and all.

Blending the colorful issues of life with the unapologetic truth of scripture, while adding some gracious ferocity.
View all posts by ColorStorm →
This entry was posted in Daily news and tagged giving thanks, happy thanksgiving. Bookmark the permalink.