It sure ain’t roses

It’s amusing to hear people say they find the scriptures nothing but tales from the crypt. Hmm. A few minutes of the nightly news should make this short-sighted observation disappear. 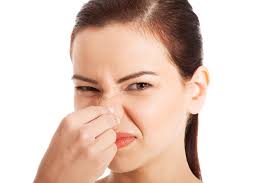 Not too long a few people rallied around the cry that the scriptures ONLY present God as a stern judge who punishes insurrection and all willful disobedience. Uh no, for the earth would be vacant of all tenants. God is much more tolerant of our ignorance of Him, and hardly desires to snuff out ant hills as quickly as a 3-year-old.

Additionally, a person who says ‘the scriptures only present God as one who offers heaven’ would be equally short-sighted.

The main reason people see only darkness in scripture: the heart is not clean. This is a fact that come hell or high water cannot be denied. It is always man setting the terms of God’s existence, character, or actions. Not too smart to sit in judgment of He who is the Highest.

A man visited a friend who lived next to a sewage plant for 25 years. He asked him: ‘How can you tolerate this smell?’ To which he received this astute reply: ‘what smell?’

In the context of darkness and the human heart, there is an obvious and overt ignorance that can only be seen when brought to the light of day. Owls are not comfortable in daylight, and the bluebird finds darkness unwelcoming, as they are completely ignorant of a life foreign to them.

It wasn’t so much that the neighbor to the sewage plant denied the odor, no; he was simply oblivious to it because of his conditioning through the years. His context for something purer was gone; he became immune to the noxious fumes which were daily to him, but deadly to his visiting friend. He became accustomed to the darkness. In his mind he buried the reality of sin. Of course, as sin isn’t pretty, and it smells..

And this is pretty much why unbelievers find offense with scripture and truth. The darkness and unbelief of the heart of man rebels against the light of day, and finds fault when the visitor mentions the odor.  ‘There is no foul smell,’ says the neighbor when he is within a few feet of the sewage plant.

The fool says in his heart, ‘there is no God,’ but this statement does not make the stench non-existent. It puts a cloak on it; it hides it; it covers it up.

Broaden the housing acreage around the sewage plant. Install playgrounds, erect buildings and restaurants, schools, hospitals, banks, and all fine things mind you, but as good as the intentions, the obvious still cannot be masked. It can be avoided or ignored, and even forgotten about by moments of pleasure, but in the still of the night, the sewage is churning, and the waft of that decrepid film finds its way to the home and heart of all neighbors.

Yes, ALL neighbors, and the only way out of Smellsville is by taking a detour through the heart. The heart needs purified, not the sewage plant.

So the man of God says: ‘Create in me a clean heart,’ for he knew the odor of his very deeds and thoughts were not what one would call a sweet savour.

The child of two holding the candy bar behind his back, with lips dripping of chocolate was asked: ‘did you take the candy bar?’ And without nary a soul teaching him the skill of lying, he immediately says: ‘Who me? nope.’

Junior really thought his hands were clean, and that his answer would not find him out. This is how adults are with God. We hide things in our unclean hands and make excuses for our defects, as if they are harmless or meaningless.  Uh, God sees that we hold the truth in unrighteousness behind our backs, while our lips drip with excuses. There is no place to hide from His piercing scrutiny of holiness,  justice, and truth.

But we err when we ask for God’s justice. No, I do not want justice, for if (since) God be true, the scales will tip against all men. Give us, give me something far better, as the ear of God is quick to hear the cry of ‘God be merciful to me a sinner.’  Grace is far more appealing than justice.

With this honest plea, we ask and receive the great tabula rosa, yes the clean slate, to the glory of God and the welfare of ourselves. Daylight is wonderful by the way, for that great truth detector the nose, knows. Ah yes, the smell after a rain, or that tiny lily of the valley, an apple pie in the oven, all speak to the unseen goodness of God.

Remember the woman with the very costly perfume? The true fragrance was wafting from a sanctified heart, and of course, rather pleasing to God.

Blending the colorful issues of life with the unapologetic truth of scripture, while adding some gracious ferocity.
View all posts by ColorStorm →
This entry was posted in Daily news, Exhortation and tagged grace and justice, the gospel and sewage plants, the scent of sin. Bookmark the permalink.

15 Responses to It sure ain’t roses