Had an interesting discussion recently, or should I say I tried to, but in the end as always, God’s word is blameless, and men run for cover, but sadly there are no rocks large enough to hide the conscience under. 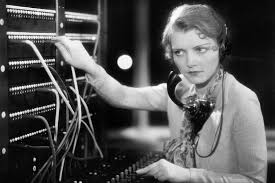 I say it is interesting because a so-called christian chided me for not agreeing with atheists who ‘know’ that Adam, Noah, Moses, Daniel, Jonah, and of course the Lord Himself were rather extreme embellishments of scripture, left up to the interpretation of they with the cleverest minds; people of poetry or inspiration as it were, not real, never existed. Uh, nno.

It is pointless to link the poster’s essay, as entire sequences of comments have been hi-jacked, so the context is gone,  and it would be shameful of me to send customers to a hardware store that is closed.

But folks confuse ‘arrogance’ with ‘confidence,’ and my surety is in the scriptures of truth, and that is without apology.  Some people simply cannot tolerate the authority of scripture.

After a few traded comments, enjoy the brief interplay and draw your own conclusions.

Oh ok since I do not understand what a story is, I may as well congratulate you for erasing Daniel, Noah, Abraham, Moses, and further say ‘nice work’ for thinking Daniel’s three friends were figments of someones wishful thinking.

Me? I’m stickin with the verifiable, reliable, and truthful accounts of scripture which are clearly understood.

And I’m thinking Christ Himself knows more about what a fable is; as a matter of fact, after His decease, He masterfully showed Himself alive after many infallible proofs…………but not to they who enjoyed their fables, no, but to His own people.

A free thought for you to enjoy.

Silly ColoStome! Are you still blithering?

The Devil uses you to drive people from the Truth of Christ. Atheists need only the haziest knowledge of geology or astronomy to know that Noah is not a historical figure. Your assertion that science is false, and scientists fools or liars, shows your beliefs are worthless, and so they imagine Christianity is worthless. Turn to Christ!

Thank you clare for providing a great service here.

Your claim of ‘atheists’ having a better handle on the truth of scripture than a believer……………..is almost worthy of a useless plastic academy award.

Well done. And do get your facts straight. I never said ‘science is false.’ However, if they deny the truth of God, then yes, quite foolish, and if a ‘scientist’ says Moses never lived, then yes, he is either misinformed or a liar.

No, Christians know the truth of Scripture- Job, Jonah, fictional; Noah, Creation mythical: valuable stories, but not historical reality. It’s not hard, ColoStome: do keep up. And don’t claim I claim what I don’t claim-

Oops, that clause is quite gauche. I hope I don’t pick up any more of your writing habits.

You forgot about the records of the life and times of man……………….

You see clare, one can erase Noah from a false reality………but not from the truth of scripture.

Birth records prove the wisdom of God, lest fools be quick to open  their mouths.

The genealogies of scripture silence all foolishness.

(and btw, don’t you just love that ‘as was supposed’ the son of Joseph, citing the virgin birth and awesomeness of God.

Thus ends a short dialog with a professing christian who has a confederacy with the self-described intellectuals, aka, atheists. If you needed help with a scripture interpretation, who ya gonna call……………an atheist who believes Moses never lived, a christian who says Jonah is a fishy tale, or a believer who says the words of Christ Himself are proof enough as to the veracity of Moses and Jonah?  Heck, don’t call anybody, the scriptures provide all that is necessary.

Blending the colorful issues of life with the unapologetic truth of scripture, while adding some gracious ferocity.
View all posts by ColorStorm →
This entry was posted in Daily news, Unbelief (ahem: atheism) and tagged christianity and the lowly, colorstorm, jonah was a fable?, Moses never lived?, so called atheism, truth and lies. Bookmark the permalink.