Oh to be an expert

Here ya go, scripture, then the opinions by the experts. Ah yes, the ‘experts,’ they who sit in judgment of God. Ugh, the weariness of hearing from the so-called masters of intellect. But note the humor, sarcasm, and overt truth; hang till the end if you can. (I apologize in advance for the anguish caused by reading, as some of this information by the experts will hurt the brain; and a little long, [maybe not] but it is important.) 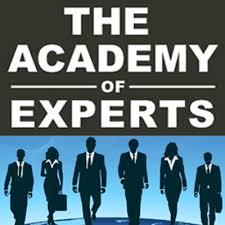 In the beginning, God created the heaven and the earth.

Uh no, scholars and scientists have proved that some guy in a cave needed a hobby and dreamed this up, so he convinced others, who convinced others, and that this single idiot was responsible for the ensuing avalanche of 66 books, taking millenia to complete, all bearing a cohesiveness impossible to fabricate by man alone, but scholars have said the books of Moses, as well as the gospel of John, are fraudulent.

Uh no, all the experts know that a grass committee was formed by rocks that can’t see or think, and that trees evolved from goo, glue, poo, and dew. Science has proven that God did not make trees, or grass, and soon, science will prove that apples come from orange trees.  (ouch)

And Moses was an hundred and twenty years old when he died: his eye was not dim, nor his natural force abated.

Uh, no, all good scholars and archaeology proves he never lived. People did not live to this age having all their strength and not needing spectacles. Besides, Moses was a myth, written for people who needed their private history. There was no Pharaoh, no bricks, no Red Sea crossing; scholars said so. And of course Christ was completely out of His mind when He spoke matter of factly of the meek man of God Moses.  The experts said so.

Uh no, Solomon never lived, as there is no proof. If he did live, he could not hire enough stone masons, carpenters, roofers, or metal workers to build such a massive temple.  Besides, who would agree to keep the noise down… Scholars said so, and besides, Solomon’s feathered quill was never found.

Uh, no, scholars said they were constructs, much like Spiderman or Batman. Most resources on the internet agree with the scholars, and obviously, Abraham was a simple camel jockey who ran races similar to the Kentucky Derby. Besides, Abraham never lived. And Christ Himself promoted the life of Abraham, thus making His mental status questionable. (Strike this from the page)

Now in the fifteenth year of the reign of Tiberius Caesar, Pontius Pilate being governor of Judaea, and Herod being tetrarch of Galilee, and his brother Philip tetrarch of Ituraea and of the region of Trachonitis, and Lysanias the tetrarch of Abilene,  Annas and Caiaphas being the high priests.

Uh no, Caesar and Pilate never lived, Herod is a figment of imagination, Philip was an editor at the Jerusalem Times, and all the scripture writers conspired to make an alternate history. Luke was a liar,  Annas and Caiaphas were pirates, and scripture cannot be trusted. After all, the scholars, I mean experts, who do not trust scripture, said so.

And the third day there was a marriage in Cana of Galilee; and the mother of Jesus was there:   And both Jesus was called, and his disciples, to the marriage.

Scholars said weddings were never performed in Galilee, but if they were, it was a wedding of gay men who were friends of the apostles. Cana was known for gay weddings. The Lord, who never existed, approved of these kinds of weddings.

There was a place called Golgotha, Calvary, also known as the Place of a Skull.

Uh, nope, no such place existed in history. Scholars said so. The ‘place’ of death was no more relevant than the jail at Mayberry RFD.

But Peter, standing up with the eleven, lifted up his voice, and said unto them, Ye men of Judaea, and all ye that dwell at Jerusalem, be this known unto you, and hearken to my words:   For these are not drunken, as ye suppose, seeing it is but the third hour of the day.  But this is that which was spoken by the prophet Joel.

Uh nope, Peter was a coward who could not, no would not give an oration about a Messiah who he said lived after being pronounced dead by the county coroner. Besides, Acts can’t be trusted, as Luke was a liar. Scholars said so.

There was a man named Saul, who said ‘amen’ at the stoning of Stephen. This same Saul became Paul the apostle, who unfolded the effulgent doctrine of the grace of God, and was gifted unlike no other man regarding spiritual truth.

Uh nope, Saul was a fabrication, to strike fear into the hearts of the meshumed Jews. His writings were forged, full of mistakes, and cannot be trusted. Paul was a mental misfit, and spent his entire life as a missionary with a lying message of a false Messiah. His epistles are weak, make no sense, he was a lousy writer, he hated women. He like Dr. Luke, were twin liars with an agenda to subvert all history books.  Scholars said so.

I John, who also am your brother, and companion in tribulation, and in the kingdom and patience of Jesus Christ, was in the isle that is called Patmos, for the word of God, and for the testimony of Jesus Christ.

Uh nope, there was no John, no island, and if there was, it was a version of Alcatraz, where all lunatics and liars end up. There is no word of God, no kingdom, and most certainly no Jesus Christ. If there was an island, all christians should go there, as they are delusional.  Most scholars who are worth their tassel agree. After all, they are PhD’s & DD’s, so who knows more of scripture than the people who do not believe it….

Epitaph (upon the stone)

Can we not see the accumulation of the architecture to dismantle scripture by the ‘experts?’ Stone by stone they try to discredit the veracity of God and His word. Here a little they try, there a little they fail, and God’s word remains intact, completely, and like they who tried to lay hands on the Lord before his time, they have failed, and failed miserably while claiming victory. It would be hilarious if it were not so sad.

So, here lies godlessness, which has been forever crushed by common sense, reason, nature, the conscience, the scriptures, and the living God.

Men beat their chests like naked apes while acting like two-year olds screaming in a play-pen, demanding their ‘way.’ Well let me tell ya, there is a way that seems right, and the voice of scholars: the ‘experts,’  seems right to the hungry hearts of the ungodly. That’s a fact.

The so-called giants of scripture, Goliaths as it were, were not Peter, James and John, nor Daniel, Ezra, or Joshua, nope, the giants of the age of ‘knowledge’ are actually they who do not believe one word of scripture, while pretending to be scholars. The goliaths of godlessness have long been slain, while trying to appear smart as they walk around without a head; yeah, these are ‘experts.’

And who pray tell is their audience? Why, more patrons masquerading as little goliaths, whose mouths spue forth just as much spittle as the big fella from Gath. They do profess to be wise, but lo and behold, massive and obvious foolishness is right around the corner.

Like God who deprived the ostrich of wisdom as she walks away from her eggs, so too is the understanding kept hidden from any person who says the scriptures of truth are akin to Marvel comics. It is truly genius of God really to point this out.

Thus is God’s wisdom proven day by day. The hands of the ungodly cannot cease from picking up the book they despise. The perpetual laughter and hyena like behaviour by they who say the scriptures are meaningless is testament to its lasting truths and abiding promises.

Rest in peace ye godlessness, but awaken to the light of day.

Blending the colorful issues of life with the unapologetic truth of scripture, while adding some gracious ferocity.
View all posts by ColorStorm →
This entry was posted in Exhortation and tagged and truth, experts and scripture, foold and scripture, God, godlessness and scripture, unbelief. Bookmark the permalink.

26 Responses to Oh to be an expert