A tale of two cities

Allow me to set the table for context before the main event. In a comment of 6 mere words, you will see the ugly fruit of  bias, ignorance, arrogance, willful blindness, pride, and I may add, one of the most insane observations ever sent my way on THIS blog. 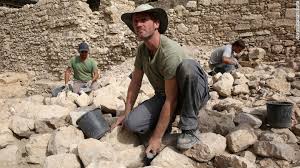 Hide and seek the game is called. Oh artifacts from history come out come out wherever you are.  Yes, I call it a game, this so-called seeking for stuff and nonsense to ‘disprove’ the scripture narrative. Please. For God’s sake, if He wanted the burial-place of Moses kept reserved and far from eyes who would worship the lawgiver, God certainly could keep hidden Abraham’s shoelaces, the staff of David, as well as the nine waterpots of Cana.

I hardly need proof that Abraham had legs, David tended sheep, and that there was a wedding in Galilee. I do not care one whit that the basket used to lower Paul from a building was used for firewood and that the ashes cannot be found. I do not care that the fishing nets of Peter and John have rotted into oblivion.

But children must play; unfortunately the scriptures have become the great playground of unbelief. Yep, that’s a fact, where the pseudo scholars go round and round getting no closer to the truth of a thing, while the so-called archaeo-diggers turn their shovels as they mine for Something, anything that could possibly contradict God’s word, and yet avoiding the center of that truth which never moves: the word of God.

Meanwhile…. the magnum opus and singular place of historical and archaeological importance stands tall, and is heard by everyone, but JERUSALEM is laughed at, ridiculed as it were, as a place with no more relevance than Detroit, Quito, or Mexico City. To this I say: Really?

In response to an observation I made regarding the never-ending awe of the city of David, the following snide and rather revealing  remark was immediately spit out to equate the relevance of another city, (let me clear my throat) with Jerusalem, Israel. Ouch.

Right on schedule we see the disdain for common sense and reason while hiding the head in the sand. We see the myopic eyesight that is blind to history which is confirmed through scripture. We see the stupid arrogance of denying the city of gold its innate worth. What then is the true archaeological testament to time and history? Why, it is the city of Jerusalem itself, a city which is the metropolis of the earth, both then, now, and tomorrow. 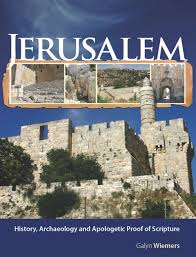 So what means Jerusalem?

Nothing. Everything.  Kings despise it. Kings love it. It is hated by most. It is loved by many.

To a person who thinks Jerusalem is no more relevant than Chicago USA, then it means nothing.

But aah, to a person who knows that the city of David is the city of the great King, Jerusalem means everything.

And it is precisely THIS reasoning that by the way, does not allow daylight to enter a closed  mind, as it is blind to this thing called context. A city thousands of years old, which title-deed is contested, is no more relevant than a city a few hundred years old, and which will disappear into obscurity such as Chicago? Please.

So there it stands. A city attacked. A city desired. The city of David and Solomon that sings the grand tune of God’s preservation and lasting promises to keep and protect the apple of His eye. Ah but some hate apples! Yep, Ben Gurion declared Jerusalem as Israel’s capital, and how things change overnight. Those darn apples.

The Lord Christ Himself showed His affection for Jerusalem:  And when he was come near, he beheld the city, and wept over it. And on another occasion He said this:

O Jerusalem, Jerusalem, thou that killest the prophets, and stonest them which are sent unto thee, how often would I have gathered thy children together, even as a hen gathereth her chickens under her wings, and ye would not!  Behold, your house is left unto you desolate.

Did Chicago kill the prophets sent unto it? Did the King ride a donkey into Chicago? Is Chicago the city on the hill? Did Solomon erect his magnificent house in the windy city? And where pray tell is the greatest place where LOVE was demonstrated if not on Golgotha’s hill, in Jerusalem? That’s correct, not Chicago, nor any other city on earth.

The holy city. The city of the great King. Jerusalem. Over 800 times in the scriptures. Paris, New York, Madrid? Zero. So yeah, one could honestly suggest that Jerusalem has a bit more relevance than Chicago.

And WHERE did the gospel begin? In the place where the greatest act of sin abounded, where also our Lord was crucified; in Jerusalem, but ah, where sin abounds, grace did much more abound, so the commission was given: take the word, BEGINNING at Jerusalem. Such is God’s favor.

But time would fail to document the inspiration, the hatred, the killing, the politics, the false spirituality, the romance, the ignorance, and the outright dismissal of the apple of God’s eye.

There was a discussion I must include which is chart topping, as Moses and Elijah appeared with the Lord and spake…….of His decease…….which He should accomplish…………at……….Jerusalem. Oh yes, representatives of the law and the prophets.

Indeed but there is more. The word for ‘decease’ there literally means ‘exodus.’ Yep, that’s right, God in His wonderful way, saw fit to explain that the death of Christ would be a ‘going out,’ and of course this was precisely what occurred at that place called Skull, with a view to leading others on that road called grace.

So yeah, sure, Jerusalem is no more relevant than Chicago. If you honestly think this, I humbly submit, there just may be a few apples missing from the bushel, or perhaps the two Jokers have usurped the deck, or even simpler, there are a few donuts missing from the dozen.

Jerusalem today: The best of times. The worst of times. Then there is always the New Jerusalem………..but that’s for another day. Other than that, Chicago is no different from Jerusalem. Uh huh sure, and birds build their nests under water, and apples come from the poison ivy tree. Next thing you know, people will saying God does not exist. Sheesh.

25 Responses to A tale of two cities