In the neverendingstory of scripture bashing and believer insulting, we see the latest installment by the ‘intellectuals,’ yep, those self-made folks who have decided that the scriptural narrative is entirely untrustworthy, fraudulent, and having more holes than swiss cheese, and that they must evangelize! 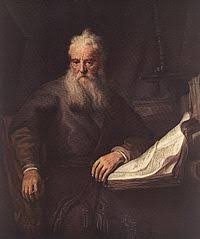 If I were a doctor having a ‘patient’ upon my couch, I would ask: ‘why sir/ma’am, do you spend ALL your time, energy, resources, and interest, trying to persuade yourself and others that this book and life………… which you entirely despise with every fiber of your being…………..has no value?’  Worth repeating:

Why sir/ma’am, do you spend ALL your time, energy, resources, and interest, trying to persuade yourself and others that this book and life………… which you entirely despise with every fiber of your being…………..has no value?

There is no satisfactory answer, other than to buy time which delays the inevitable facing of the truth which is so railed against. A blogger is having a convo, in which there is the usual opposition, you know: Adam never lived, no garden acreage, no fruit trees, no David, no Moses, no Abraham, no Daniel, no Christ, on and on and on, when this pops out of thin air also:

Saul of Tarsus? Another made up biblical character.

Ok I get it. Your gripe is more relevant with Eve; you would still be wrong, but to question the life and times of Saul of Tarsus? Geezo, this man was the poster child for the Jews who did not appreciate the Messiah, as a matter of fact, he stood by at the stoning of Stephen and said, ‘yep, meshumed, traitor, should be stoned.’

This was no small-minded man this Saul. Named after Israel’s first king, born in Tarsus a city in Cilicia, circumcised the eighth day, of the tribe of Benjamin, sat under the feet of Reb Gamaliel that wise old sage, a Pharisee but more, of the strictest sect, a master of law and the law’s ‘best friend,’ a Hebrew, a Jew, an Israelite, this was a man of the highest degree of intellectual stature and biblical distinction. It was THIS man who was commissioned to track the traitors to the God of Abraham, Isaac, and Jacob. Or so he thought.

It was Saul’s unique combination of a lawyer’s mind, with a hunger and thirst for God’s truth that set him apart and on a course that would forever revolutionize his thinking. But truth is like that. It leads to zip codes yet unentered.  Saul knew the letter of the law quite well, but he would learn of something that was far far better, unheard of even. He would come to know that the letter killeth, but that the spirit giveth life. He would understand that the law was not made for a righteous man, but for the profane, for the villains, and for the ungodly, which he claimed later as chief.

But Saul was first an enemy of the gospel, so when he would write  of enemies of the cross, he knew what he was speaking about, as experience is a fine teacher. So off he goes to Damascus, with a desire to bring back escapees of Christianity, with a view to striking fear in others who may be so minded as to ‘leave the faith of his fathers.’ In his mind, law was written in stone.

But God reached down and in the Hebrew tongue said to Saul: ‘why are you persecuting me?’ And Paul would soon learn of the marvelous truth of the body of Christ with a rejected Head. He would be instructed in this building called the church, one knit with living stones, and he would receive this gift of three days blindness…..but it was not punitive!

Nope, he could not see (in his own words) ‘for the glory of that light,’ and he mused for three long days on the law, the prophets, the psalms, and now the grace of God and this ‘Lord Jesus’ whom he was persecuting. He would learn of this thing called the ‘body of Christ,’ of which he was a simple broken and mended member with others, with the Lord above as the living Head.

A mystery, revealed in, to, and through him, as the apostle to the Gentiles, having full fellowship with the apostles, and having the identical mission, yet a completely different field of operation.  ‘A witness and a minister,’ yep, this was Saul, then Paul.

No man on earth was graced with such a spiritual mind given freely by the Bestower of all good gifts, and his epistles are proof that only God can bring light from darkness. He would unfold this inheritance with others who are sanctified by faith in the Lord Most High; after all, the Lord did say ‘I have MANY things to say unto you, but you cannot bear them now………..’ thus the appearance of Paul was simply MORE and MUCH MORE of the many things. Thank God for His promises.

Law, grace, election, propitiation, atonement, redemption, sanctification, the covenants, the promises, the first Adam, Israel’s blindness, the kingdom, the grafting, the trials, the sufferings, the gospel, the righteousness of God, creation, sin, death, the last Adam, marriage, authority, citizenship, the church as the pillar and ground of the truth, deacons, elders indeed, as well as God revealing Himself through nature and the conscience, are but a cluster of this man’s unfolding of truth courtesy of the living God.

What Saul called good as a believing Jew, he called  dung as a believing Christian. What changed? Ah yes, great question. Paul came to know what King David knew many years before, that the sacrifices of God are a broken spirit, a broken and a contrite heart He will not despise.

He would learn that the law worketh wrath, and that a perfect man took upon Himself the weight of a broken law and its past due account: death.  He would understand the Lamb of God according to the scriptures.

While he may have been blameless according to the righteousness in the law, that is, by appearances only, he would now say: heaven sees what man cannot, and the grace of God is somewhat more amazing, since God can justify the ungodly without compromising His own intrinsic eternal perfection. Thus would Paul bring this jewel of truth to a thirsty world.

A really good man once walked this earth, this Saul of Tarsus,  and for some to say he is a figment of someone’s imagination……….well, a visit to the couch just may be in order. Then again, there is always the Great Physician whose office never closes, and who never sleeps.

And oh btw, imagine the epitaph that SOMEONE scribbled and defaced upon the stone of Paul. ‘Here lies Saul, then Paul, who unfortunately never lived…..

Talk about being mauled! Ravenous wolves is an idea that comes to mind.

Blending the colorful issues of life with the unapologetic truth of scripture, while adding some gracious ferocity.
View all posts by ColorStorm →
This entry was posted in Characters of scripture and tagged atheism and scripture, paul to the gentiles!, Saul of tarsus and paul the apostle. Bookmark the permalink.

15 Responses to Saul Saul is mauled….today