So there I was. Today actually, cutting our grass, (well, lowering the weeds to be exact). Headlights caught my eye down the road, and there was a slow-moving silver vehicle, and within seconds, no, make that an instant, I realized it was a funeral procession. 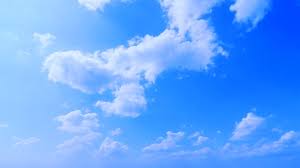 Having been called upon to offer eulogies, sometimes without notice, I appreciate the solemnity of the final curtain, the last act, where we as humans take our rightful place among the deceased, so I  stopped my mower. I stopped out of respect for another’s passing, and watched the first car pass, the hearse.

Then the second, then the fourth, then the tenth, then the twentieth,  then the fiftieth; they seemed to go on endlessly, and I caught the eyes of many a passenger, as if to say, ‘thank you for pausing.’

No clue who died, how old or young, male or female, did not matter, just offering a courtesy among a busy day. Then I thought:

It takes God no more effort to accept the deceased than to create the life in the first place, so why do we resist Him? Why do we trod this earth as if it is ours, as if we own the registered trademarks to the origin, planning, directing, controlling, and maintenance of all that is?

Glad you asked. It is called rebellion, and it is a mean streak that is woven into our fabric. See the three-year kid with the chocolate Hershey bar behind his back with his mouth oozing the sweet stuff? When asked, ‘did you take the candy?’ He looks around for someone to blame, and while thinking you do not see his brown lips and his hands hiding the goods, he says: ‘Who me? Nope.’

Rebellion does not requiring learning. So the funeral passed, as we all have an expiration date. The Lord would weep at the grave of Lazarus; He was well aware of Mary and Martha, for no one was more qualified to understand the sting of sin. He proved He understood. He took His place in Joseph’s tomb.

So while the skies above were gorgeous blue, hearts of loved ones were encased in black. But hidden in that darkness is hope. But who wants to hear scripture when the eyes cannot see through the fog of tears and while the sound of death is oh so heavy? Who wants to hear when the heart is sick with love gone?  Maybe tomorrow…

What we do understand in times like this: tempis fugit. Time flies. Ain’t that the truth. But death is proof that resistance is futile. There are far better causes in life than to harass God.  And yes, the Lord careth for you, and He giveth more grace.

Blending the colorful issues of life with the unapologetic truth of scripture, while adding some gracious ferocity.
View all posts by ColorStorm →
This entry was posted in Exhortation and tagged death, funerals, God among the living, Life!, The Lord wept. Bookmark the permalink.

13 Responses to The resistance!