In the ever amusing merry-go-round of useless arguments, we see what I call the ‘fly dance’ rear its nasty head. The fly lands on your arm, and with lightning reflexes he says ‘ha ha, you missed me’ when you try to smack him, only to annoy and surface again and again. 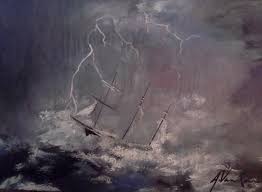 The little guy pretends to have an interest in spiritual things which is good, but is blind to truth when clearly presented, and does all kinds of gyrations to escape, and this is bad.

The little pest says that the Lord Jesus Christ did nothing useful or even new, as if it is a charge worth considering; as books and lives are a testament to the egregious shortsightedness of such nonsense, but of the thousands of things that disprove this devilish suggestion, many biblical accounts jump out that instantly swat this little fella, and place him into the land of lost causes.

It is said and I shamefully repeat: ‘Christ did nothing new or useful……….’ (May these words be smitten from this page!)

Really now? And what pray tell book are you reading, and who told you as much? This convincement cannot be gleaned from scripture if one is honest, and uninfluenced by the dark ideas of others. However, I can say that there is nothing original in the depravity of a sinful mind.

I am further reminded of the Lord’s spoken word to the raging sea: ‘Peace be still.’ And of course the sea became tranquil, a great calm as it were, so much so that the men who saw it said: ‘Who is this that even the winds and the seas obey him?’

Once more. New? Useful? Original? Yeah, happens all the time. Buddha quieted a tsunami.  Gandhi saved a group of men from drowning. And Mrs. Clinton can summon a rainbow at will. Are you paying attention? He SAID to the seas: Peace be still………..

Who commanded nature to obey? Instantly. Perfectly. Magnificently. Wonderfully. Yeah, happens all the time. I’ll ask again in case there are the deaf reading: What man calmed a storm with a word?

It’s easy of course if we believe the scriptural narrative, because no man spake like this man. His words had authority………..not as the scribes. But scripture is enough to the truly hungry, and knows without a shadow that the word can be trusted.

Then there is this, most important of all. Christ was MADE sin. Are you listening? He who knew no sin was MADE sin……..Yeah, like this happens everyday. There was no man qualified as such, being blemish free, to take the sting as the lamb of God. Totally unique. Totally new. Certainly useful. Amazingly original.

So, do tell of another man who was capable of putting away sin. And no dancing around this. Didn’t think so. And do not pretend to suggest than ‘sin’ is a fabrication because you will be revealed as a liar quicker than you can say ‘there is no God.’

There is nothing worse than a religious fly which leaps from person to person, hoping to be swatted with endless arguments which are designed to simply give legitimacy to a battle long been lost.  (Did you notice that the fly here is religious? The ones who gripe about scripture and God are the most religious, and cannot even admit to their own misdirected zeal)

The Lord did nothing new, original, or useful eh? Maybe you also believe that water is not wet. Take a clue from the capital of Hungary, and say adios to the little dancing pest. And by the way, stop swatting God, as your arms will fall off, and be thankful He is quite the Lord of Hosts. He is rather patient that way and no doubt long-suffering. 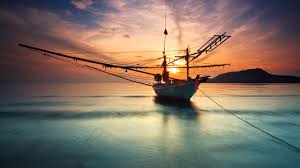 (Scripture stands on its own as presenting man as he is, both the capstone of God’s creation, as well as the occasional miscreant. It also presents Christ as the answer to mans deepest need; this is evident and has been proved by time, and will be/is confirmed by the future. Scripture unfolds the glory of God and His word as forever settled. Only the stout of heart disagrees.)

For more of this most unusual discussion, (in that it is clear to the believer) see CT posts following the link below.

JESUS NEVER GAVE THEM WHAT THEY WANTED — PART 4

And if your stomach can tolerate scriptural acid, do have a look at the post/ and especially the comment thread at the link below, for that most wonderful illumination courtesy of the godless mind; and thankfully, peppered within are a few comments of truth and daylight. Then consider the word for the day: honesty, as in the blistering answer provided by the conscience..

Blending the colorful issues of life with the unapologetic truth of scripture, while adding some gracious ferocity.
View all posts by ColorStorm →
This entry was posted in Doctrine and tagged Flies, God swatting!, One Lord one faith, The Lord above all. Bookmark the permalink.

12 Responses to The dancing buddhapest