A call to arms your Honour

(No, it’s not a call to revolt. For the quick -to-judge-and even-faster-to-accuse, the word  in this context is to be so equipped in the mind.  Sad that a disclaimer needs to be said for the lazy reader who will at any cost find fault with a believers premise. Any premise.) 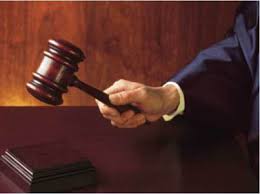 Interchanges with unbelievers regarding God and the word of God are an exercise in total numbskullery by they who bring charges against God’s so-called weaknesses or lack of ability to prove Himself. (Good luck with that.) But they will not see.

God has not fallen short. There is no defect in character on or about Him. He is perfect as daylight, where there is no variableness nor shadow of turning, even more so, since the sun is a temporary convenience, whereas God is permanent. God is good like that.

I had asked why unbelievers are slow to criticize the ravaging of Christ and Paul the apostle by their own kin, and received this:

‘Why defend someone who is maligned in a fictional account?’

Uh hello? And unbelievers and atheists alike complain that believers do not answer their questions………Does anybody besides me not see the wiring disconnect in the minds of people who demand answers from a book they cite as fraudulent?

Under their own terms, NO ANSWER can or ever will be acceptable to an unbeliever or an atheist (there really are not any), yet persist they must, citing believers as delusional who in fact engage the brain, while using logic, arithmetic, history, and just plain ol’ common sense, to know without question that there is a God with whom we have to do. The fool may say otherwise, but so what, they are a dime a dozen.

In any court of law, where there are actually thinking people on the jury, they would conclude with absolute accord and with zero ambiguity, that the case of an unbeliever or atheist asking for proof in a book they cite as fraudulent……….they would conclude: 30 days in the hole, or perhaps 39 lashes to shake the cobwebs of ignorance and rebellion.

Bang! The judge slams the gavel, stares into the eyes of the convicted, and quietly says: ‘Now get out of my courtroom, as the law of life condemns you. Are you listening? The law of life. The book that you despise has proven its perfection, and the only account of creation and redemption that is reliable, provable. testable, and the only book which accurately presents the past, present, and future of man, has indicted you completely, and perfectly.

Your gripes are petty, your pride has snared you, and you have drunk the lies of unbelief, and swallowed the poison of godlessness. Congratulations, hope you enjoy your own recipe, with food that will burn like acid in your stomach, providing no nourishment as the tapeworm of contempt eats itself.

You have chosen the stale bread of mans intellectual bankruptcy, and have ignored the sweet honey of God’s word. You have cast your lot with life’s miscreants, pretending that your island of godless enlightenment is heaven on earth. Enjoy the company of thieves, liars, and corrupt fablists, who have both stolen knowledge which is good, and have replaced it with the blackest of lies. Need a few examples? Sure.

King Solomon never lived and did not build the most beautiful of temples. He was not wise. David was not his father. Hadassah, who became Queen Esther, never lived and was not influenced by the godly Mordecai.  John Baptist never lived and his life did not come to an end by a bloody sword in a prison because of a king’s promise to the mother of a dancing girl.

Saul of Tarsus did not become Paul the apostle. Peter, James, and John were stupid fishermen and pure liars. Pontius Pilate never faced Christ. There was no hill named Calvary. Pentecost was not a Jewish feast. The law of Moses was given to the Greeks.

Camels were once great whales, where back in the day they were able to fly, yep, they were called whamels;  and they also made bird’s nests with their hands; apes can count to ten backwards,  and the robin can make an omelet.

Patmos was not an island. Napoleon Bonaparte never lived. Abraham Lincoln was not a president. Martin Luther King was Chinese. Mr. Obama never played golf. Get the point?

Now then, You! You the accused, have insulted this courtroom with your refusal to swallow your pride, while swallowing that camel of total arrogance. You have eaten that lie, and still you hunger for more.  To you, truth are lies, and lies are truth. And if that is not enough, you proceed to cite the Source of life as a liar?  Not too smart. Yet the gracious giver of life does not smite you. He is good like that.

Indeed you dismiss Him,  for in Him we live, move, and have our being. Your insults to me and this court can be tolerated, but there are consequences. I merely represent He who is the ultimate law. Law is good, and good people are not troubled about lying and stealing. Fortunately, as long as there is time, you have opportunity to cease from lying to yourself.

You know that God created the heavens and the earth. You know that a woman is not a man, and never can be. You know that lions, tigers, and bears reproduce after their kind. And you also know that a man can swim underwater, fly like a bird, and run like a jackal. But man is neither a shark, a tiger, or an eagle, but is in fact the pinnacle of God’s creation. But oh my, you know that already.

You know that God’s word is good and true, and you know that a child will lie having never been taught. You know that life as well as death is temporary. (A solitary flower seed buried in the ground says as much). God’s word affirms it, and you can lie all you want, but death is the result of sin in which only God has the antidote. He is good like that.

And oh by the way, you also know that the New Testament drips with the hand of God in every book, every chapter, every paragraph, every sentence, every word, every comma.

Bailiff, please escort this man out of here. I cannot condemn him further however, his own conscience is punishment enough. Court adjourned.’

Blending the colorful issues of life with the unapologetic truth of scripture, while adding some gracious ferocity.
View all posts by ColorStorm →
This entry was posted in Exhortation and tagged and the judge, God is gracious toward us misfits, Law, the Creator, the judge Gos and the courtroom, truth and the law. Bookmark the permalink.

19 Responses to A call to arms your Honour