(Follow up to ‘Good bye friend,‘ for context see original)

I warned you. Please don’t stone me! True, the information was limited, but I did however give an invitation to ‘ask’ any questions if a person needed more info before venturing a guess. There were layers to consider. The greater issue is how we process things, with obvious ‘facts’ staring us in the face.

A few clues were given such as friendship, grace, and grunts, but many other things were not given. The kids were a heads up, as was the VW an equal distraction.

Lisa and Abigail were real. Their friendship was valid. The account reads where many scenarios could be acceptable, but since I have all copyrights to the tale…………..     😉

Lisa dubbed her friend, who was yes in fact an only child, just a kid who soon became dear Abbey. Since Abbey could not speak English, she communicated in a way that was difficult for Lisa, but in time, Lisa just stopped with the words.  They had an understanding where words were not needed.

Abbeys mother was killed by a truck weeks after her birth, and her father was m.i.a.

Abbey had a birth defect, but was blessed with an extraordinarily long life. Had trouble walking, and had strange feet.  Had funny ears, and the other kids kind of kept their distance.

Lisa loved the mountains where they first ran into each other, a place of solitude and beauty where so few visited. It was a kin-ship for life, and with the permission of her family, Lisa adopted this homeless stranger.

If you think about the bigger picture, you may recall children who have no friends, kids who were aloof because of physical appearance, smarts, or even plain quirkiness. Usually there is at least one soft heart who takes a liking to such a kid. Lisa was such a one. So they were pretty much attached at the hip.

Time passed, and Lisa was aware of her friend’s days coming to a close. With regret she ‘drove’ her, no, not only by an automobile, but she drove her by ‘purpose,’ by ‘command’ as it were, back to the place where they first met, where she would soon become at home once more, maybe even welcomed back by her other friends, to spend her remaining days.

Notice. Lisa named her friend. Who were the witnesses, the tears, the certain end, and what was the crime? Only the other goats, where the ‘certain end’ would be a natural death on the rocks as Abbey lived out her days… and Lisa’s crime was simple unlawful possession of a wild animal,  with the judge amused as all charges were dropped and Lisa cleared of any wrongdoing, but not before Lisa shed her tears as she watched Dear Abbey trot off to the cliffside among the rocks, dancing among the other goats.      😉 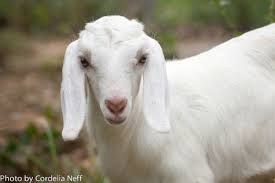 But the grace of God? To be also cleared of all charges. To look after a goat, a ‘kid,’ and make it as a pet sheep. To help it live longer since it had leg damage. To treat it as family. To give it worth. To give it an undeserved seat at the table.

And does God not offer care to His own, tending wounds in such a way only worthy of Himself? Does He not ‘send’ help our way in the most unexpected circumstances? Does He not ‘drive’ us toward faith and good deeds? Does He not prove Himself trustworthy above all others? Does He not take the ‘black sheep’ and make Him part of a royal family? and in the most difficult places, does He not help us walk when we appear lame or even unwilling, and is He not that friend that sticks closer than a brother?

Blending the colorful issues of life with the unapologetic truth of scripture, while adding some gracious ferocity.
View all posts by ColorStorm →
This entry was posted in Homespun and tagged God nature love friendship, whimsy and the mountain goat. Bookmark the permalink.