I knew a guy once who was a proud atheist in a humble sort of way. We were friends and always had fine discussions about this, that, and the other. Haven’t seen him in a while but this thought occurred to me: 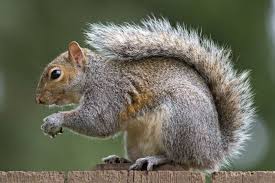 Speaking to him about the God of heaven and scriptures of truth is like trying to teach a squirrel how to tie his shoes….

In addition, he won’t sit still, he squirms, runs up trees, over limbs, squawking about acorns, talking about the turkeys, the coyotes, the deer, doing anything and everything to change the subject, slander, malign, and just reveal plain old tantrums and nervousness when met with the penetrating truth of God’s word.

He acts like a nut far too often. But nice guy though. Back to the shoe-tying. No common ground. No frame of reference to be had in a discussion where God is not given the courtesy of existing, and where answers to ‘questions’ are not sought in truth, but only to give birth to a thousand more questions, totally ignoring ten thousand answers already given.

So why talk to a squirrel? Because it is not right to apologize to donkeys, who probably make more sense than some people who talk like asses. But truth be told, I like squirrels, even the ones who steal my bird feed.

Then again, at least they have an excuse, not being able to read: ‘thou shalt not steal.’ They are exempt from law. Must be nice. Sounds like a biblical principle: where there is no law, there is no transgression. Oh, to live by faith and grace.

I wish my old friend could see the untenable position he is in, and the disadvantage of not being able to tie his shoes, nor receive instruction to do so. But there is a God in heaven, who freely opens eyes, and unbinds the fingers of rebellion………

Blending the colorful issues of life with the unapologetic truth of scripture, while adding some gracious ferocity.
View all posts by ColorStorm →
This entry was posted in Nature and tagged God's word and acorns, squirrels and unbelief. Bookmark the permalink.

9 Responses to Tying shoes in truth