The root of the matter

The root. We take it for granted in so many ways. 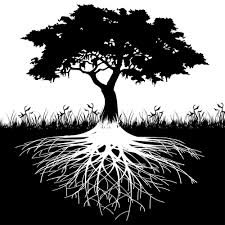 The root is the structural underpinning, that which gives integrity to what is above it. The Sears Tower years ago boasted of its glorious height, yet without the root, the foundation, it would not stand, yea rather, the builders would not even dare to build.

In blogsville, many of us are challenged to defend scripture and God Himself as if there are any shortcomings. Hello? No, there is no need to defend either, but people are in a mental twit and beside themselves for this reason: not only do we say what is true, we get to the root of the matter.

We speak of the integrity of God’s word without apology, and speak what is plain to encourage each other, and secondly, to testify to the ungodly (for which we all had our part) that God is actually for us.

When the baptist said to his ‘friends,’ the axe is already laid at the root of the tree, he was speaking of the root of the matter, which thunderous truth sent reverberating chills to the ears and hearts of his listeners.

The religious men who came to him were surprised to hear that their happiness alone in their posterity as Abraham’s offspring was not enough. They heard such words as ‘brood of vipers,’ words which were surely unwelcome to they who claimed so much.

John got to the root of the matter, and a most inconvenient truth to the scorched conscience, when they were reminded to bring forth fruits unto repentance. He spoke words which broke through the religious and politically correct nonsense, and got right to the heart; he spoke of the tsunami beneath the surface, he addressed the root.

John’s importance cannot be stressed enough, for He announced the one who would be made manifest to Israel, in the fulness of time. The chief priests and Levites were so stirred at John’s words that they said: ‘who are you?’ Ah yes, a question for the ages. His reply? Just a voice. Love that. He knew his place. What an answer. What a man, what a messenger.

And for this he was not popular. Then there is this.

The root and the offspring of David is the Lord Christ Himself, so He could easily say: ‘I am the vine, you are the branches.’ But note carefully, the root of David. This truth was exactly what silenced the mouths of the religious antagonists when the Lord explained: ‘How can David’s son be also David’s Lord?’

Ah yes, not only possible, but actual, factual, verifiable, and provable.  He was before all things, and by Him do all things consist. The root of the infidel’s issue, the fool, unbeliever, or so-called atheist is singular. It is not even so much that God has revealed Himself through redemption where people are troubled, but it’s much worse than that. God is not even given the courtesy of existing, a truth so obvious that one must wonder how any sane mind can drink the poison of godlessness.

Back to John. There is a nondescript truth regarding this greatest prophet born of women, ahem what, greater than the ‘heroes’ of the faith? Greater than Isaiah who saw the Lord high and lifted up? Greater than Ezekiel who witnessed the cherubim and seraphim and wheels within the wheels? Greater than that meek man of God Moses, who was given the revelation of the law of God at Sinai, a law which by the way, condemns all men? Greater than Joshua, Jonah, or Deborah? Indeed greater than all who worked wonders, but note carefully the demure words of scripture:

John did no miracle…….but everything he said regarding the Christ of God was true.

To a heart tuned to sing the grace of God, this is positively wonderful. John did no miracle. His word was enough as the harbinger to the promised Messiah. I am not worthy to untie His latchet, said John, and these twin truths elevated this lowly man whose life ended at the edge of a sword, at the same time using his greatness to express a greater truth: the very least in the kingdom is greater than he.

Who can fathom such depth of truth? No man of his own accord could dream such jewels.

But John came exposing the root, while announcing the very Word of God. He did not waste words, nor compromise. He pointed to the Lord and said: ‘He. Him. there, the lamb of God!’ Ah yes, the answer to Abraham’s promise that God will provide HIMSELF as a sacrifice, and therein lies the root.

God is extremely good, He keeps His word, and He gives benefits to the truly hungry, and sends away the full, who have no need. Tis a shame to revel in starvation thinking one is enjoying a gourmet. Tis a shame to reject the bright and morning star, this root who the baptist gave place to.

In the meantime, we speak that which we know, and since God’s understanding is infinite, we no doubt know so little. But indeed this feast of so little, the crumbs that were tossed aside as useless, the lad’s lunch box that fed thousands, little is much when sanctified for His glory and purpose.

Let us one and all, enjoy the root of the matter,  for the broad shoulders of God holds all things. He who is above all has gone lower than we, and is worthy. And we can rightly say: let the redeemed of the Lord say so. And there is only One Lily of the valley. 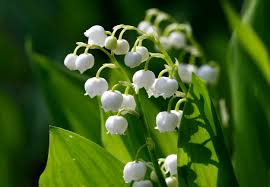 Blending the colorful issues of life with the unapologetic truth of scripture, while adding some gracious ferocity.
View all posts by ColorStorm →
This entry was posted in Exhortation and tagged Abraham, believers, Israel, John, scripture and the root, the baptist and the root, the bright and morning star, the lily of the valley, the root and the offspring of David. Bookmark the permalink.

9 Responses to The root of the matter