It does not require the mind of an Einstein, a Tesla, a molecular biologist, a heart surgeon,  a carpenter, or a lawyer, to know there is a God.

All one needs is to be alive.

Then again, ask any two year old, as the divine code is imprinted on the conscience. It’s too bad the so-called scientists hide their knowledge of this between their sandwiches of theory and endless detours, which provides no nutrition, for the bread of unbelief is quite stale. 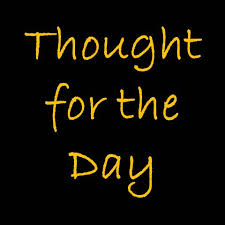 Blending the colorful issues of life with the unapologetic truth of scripture, while adding some gracious ferocity.
View all posts by ColorStorm →
This entry was posted in Thought for the day and tagged Thought for the day. Bookmark the permalink.

25 Responses to Thought for the day