This is just too plain juicy to not dedicate its own attention. On a post regarding the improvement of human society, with an intent to inflame believers against each other, this observation was made by viole twisp:

I always find it interesting that they assume atheists are, relative to them, living a debauched life of ‘sin’. I do think Christianity has a tendency to attract quite messed up people with low self-esteem who have difficulty controlling themselves – it’s the only thing that accounts for this kind of projection.

So let’s take a gander at what’s beneath the surface. But what is ignored, is the fact that the common atheist is no greater sinner than let’s say, a church going guy or gal who has perfected the skill of associating with potential clients. It is just that the atheist must cloak his/her disdain of Christianity by comparing his ‘superior’ life of not needing the so-called crutches of faith.

But the ‘attraction of messed up people….with low self esteem…….who have trouble controlling themselves……..’  Ouch.

How then do we explain the ‘attraction’ of Saul of Tarsus, to the religion he once despised? No self-esteem problem there. A man among men. A man of letters. A Hebrew of the Hebrews. A Pharisee of the strictest sect. A member of the tribe of Benjamin. Unequalled in his law prowess. Unparralled in his arguments defending scripture.  Exceptional in his passion for truth.

He was far from ‘messed up,’ yet his mental skills would embarrass any modern psychologist with his defense of creation alone. But Christianity attracts all kinds of misfits, yep, truth be told. Such castaways as scientists, engineers, lawyers, heart surgeons, bus mechanics, electricians, bricklayers, microbiologists, bridge painters, nurse aides, tailors, poets, senators, and even self-righteous law-keeping scribes. 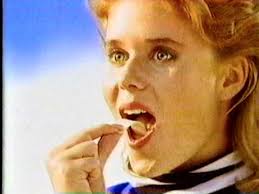 So let’s fix this. Christianity attracts people who have tasted all the world’s attractions and have hungered for the truth of life, and have enjoyed a life of truth in return. Christianity is in a nutshell, about life. It is not about putting a new suit of clothes on a mannequin. It is not about being a ‘better’ person. It is about a dead man having life.  Sober but true.

It is simply carrying the banner of identification with the sons of Adam, who while being created in the image of God, have marred this image in a thousand ways, but who have also found that the Lord of creation, He is God, and He is good, and that He is actually for us.

Like a candle in a dark room, He offers light to the powerless, they who stumble in darkness, and while citing believers as ‘ones who cannot control themselves,’  we simply bow the knee to He who controls everything.

The creation of the sun as the greater light is no small feat I tell ya. ‘Controlling’ the distance from earth, and the temperature….then there is the moon. That demure sight of nightly elegance which demands reverence toward He who shows His approachable glory 24/7, that we have no excuse.

God is quite the gentleman so good people have noticed. So yes, consider me guilty of being attracted to the natural magnetism of God, as He attracts ALL people, of all kindreds, tongues, and nations.

‘Messed up people’ eh is the only accounting WHY people are drawn to God? Hmmm. Quite a few apologies should be in order then toward the above mentioned scientists, lawyers, engineers, and people of all stripes, who have only recognized that all questions have been answered by He whose understanding is infinite.

Well then, messed up I am, as I cast my lot with Saul of Tarsus, then Paul the apostle, and countless millions who have opened their eyes and have turned from darkness to light, unto the only true and living God, who has revealed Himself in and through  the person, work, and worth of the Lord Jesus Christ, by whom all things consist, whether they be seen or unseen.

And as a bonus reminder, the life and times of Paul the apostle puts to rest once and for all the absurd idea that Christianity attracts people with no self esteem, and people who have ‘control’ issues. That’s some real bad juicy fruit there, stale even.

Taste and see, that the Lord, He is good. He alone satisfies.

Blending the colorful issues of life with the unapologetic truth of scripture, while adding some gracious ferocity.
View all posts by ColorStorm →
This entry was posted in Unbelief (ahem: atheism) and tagged correcting atheism easily, so called atheism, the only God of heaven and earth. Bookmark the permalink.