Atheism is the end result of intellectual bankruptcy. It is the result of substituting theories for facts. It is dishonest at every level of logic, reason, history, common sense, science, and proof. 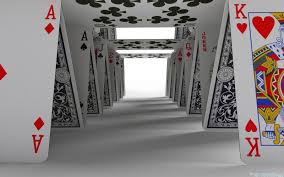 It is in fact, the religion of self, totally absorbed and lost in the fog of maelstroms which knows not up or down, east from west, left from right, and right from wrong.  The standard of atheism is itself, which has NO set of standards or absolutes. It is the very worst of religions which excels in its own depraved opinions.

It is the epitome of darkness while pretending to walk in the light of day. Guess what? Without God in the mix, ALL is but pure darkness, and atheism is just one more falling house of cards which can never withstand the test of truth.

In a strange way, even the hyenas must snicker at such rebellion against the God of creation. At least they have the sense to act according to their nature. On the other hand, the atheistic mind is the untamed beast which does not act according to its intended nature, that is of course, to live and move to the glory of God.

And to borrow Tevvye, ‘on the other hand…..’ there is hope for all creatures great and small.

(no apologies for such strong depictions of what is anti-truth)

Blending the colorful issues of life with the unapologetic truth of scripture, while adding some gracious ferocity.
View all posts by ColorStorm →
This entry was posted in Unbelief (ahem: atheism) and tagged atheism is a religion, godlessness is a house of cards, Thought for the day. Bookmark the permalink.

16 Responses to Deal with it