This cracks me up. Really busts my buttons. 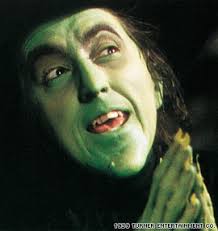 People who do not believe one word of scripture, who pretend to lecture they who believe every word of it, as if the unbelievers are PhD’s in telling believers they are doing Christianity all wrong. Yikes.

They who know nothing of God’s laws, statutes, ordinances, covenants, precepts, edicts, judgments, commands, and most importantly grace………..sit in judgment of believers as if we are some type of monkey who does not know how to turn a leaf on a book. Strange I tell ya.

And I got news for you. The so-called doctors of the law……..to whom, and through whom the law was given, were a few doughnuts short in the box of understanding WHY the law was given in the first place.

Imagine a young punk who just learned the alphabet………now lecturing an English professor on the improper use of ending a sentence in a preposition. Ouch kid. You may want to put a few years of learning and context in your life before you strut your foolishness.

Oh then there is this, to shamelessly borrow from my own archives: To cast aspersion on God without even giving him the courtesy of existing………is uh, er, um, hmm, well, not too smart, and a good indicator that godlessness as a world view is some very bad bread. Sinister even.

Blending the colorful issues of life with the unapologetic truth of scripture, while adding some gracious ferocity.
View all posts by ColorStorm →
This entry was posted in Thought for the day and tagged bust my buttons, creation and godlessness, professional unbelievers. Bookmark the permalink.

13 Responses to Thought for the day