The greatest of these scents…

Recently a joke was made regarding Christianity online, as well as another empty observation, and these twin broken lines of raw sewage need to be fumigated, then scorched. I’m happy to do it, but please accept a thousand apologies for my mentioning of it, but only to draw attention to the greater point. First the ‘joke’ in light of Good Friday:

God was driving to the hardware store, and the son said, ‘ Dad, don’t forget the nails…………’ 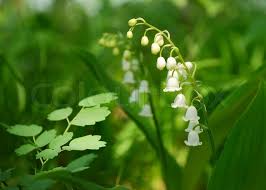 If you are Christian, I’m guessing you did not find this funny. (either way, what was your immediate thought?) If you are Christian however, I would think you found this vile, depraved, obnoxious, and toxic, because you no doubt appreciate how the scriptures point out that men would say such things. Ungodliness is apparently alive and well, as well as clouds without water and raging seas foaming out their own shame.

All religions are based on equally empty claims.

Really now?  Can you not see the kindred spirit of the ‘joke’ as well as this foolish statement? To the godless who sees no distinction between genesis and revolution, I suppose this would make sense. But to someone who has actually thought through such vapid ideas, the emptiness merely abides in the mind of the one having such mental myopia.

The promise of 70 virgins to a fool who blows himself up, as well as a busload of people he never met, is devilish to the core. Maybe this ‘religion’ should hear from the 70 virgins who may say: ‘Ha, you arrived here doing that? Get the hell away from me you disgusting piece of filth.’  The blower-upper may want to consider such a thought.

In addition, if such ‘paradise’ is promised to they who act as devils, why do you never hear of the leaders setting the example by being the first in line to kill themselves? Answer if you can.

So no. ALL religions are not equal, all do not make equally despicable claims. Bastard ‘religions’ have their own signature scent, and it is not ‘Old Spice,’ but more like ‘Eau de Poisonne,’ or ‘Dead Possums in a Bottle.’

Sure, so-called Christian Science makes empty claims, such as the idea that sin is an illusion that can be imagined away. More bad-smelling cologne here. So yeah, false claims are a dime a dozen, but so what, even the godless scientists cannot agree on the distance of the sun from the earth.

But there is only one truth whereby all others try to duplicate, and there is only one which has no equal, because in this one truth is revealed the seed and truth of life itself, and is verified by nature, scripture, history, and common sense. It smells pleasant to the nose which recognizes truth wherever it is found.

There is a claim which has no equal.

The grace of God, NOT FOUND in any of the world’s religions, can only be seen in its purity, and can only be revealed to a contrite heart, by virtue of the person, worth, and work of the Lord Jesus Christ, as He is the only standard for Truth.

His word is good, as the once dead Lazarus walked again, being a harbinger to His word that: ‘I will rise again, according to the scriptures.’  A claim made and a promise kept. Smell the sweet savor of such an oath, spoken as a reminder to she who dumped the alabaster box, whereby the whole house was filled with the odor of that sweetness.

So do compare such a scent to the diabolical actions of the murdering beasts who would take innocent lives with a lying promise to receive women in the afterlife. Stinks to high heaven I tell ya, rotten to the core, intolerable stench, and you know it as well. No. Not all claims are equal.

The claims of charity being above that of faith and hope, are unique when considered in the banks of the flowing river of the grace of God. The water of life has only One source.

The claim of David’s son being also his Lord is proven by scripture, verifiable genealogies, history, as well as the witness of God Himself, who to this day, points us to the light of the moon as a reminder. His word never fails, and unlike the false claims of dead gods, God never sleeps, and keeps the apple of His eye. We are such apples.

And unlike Thomas, we need not see the prints of the nails…..for we understand the charity of the Lord Christ, and are happy with faith and hope, for no man on earth was MADE sin while at the same time glorifying God,  by putting away sin while Himself being sinless.  An empty claim or a joke eh?  Even the devil himself is not that stupid.

And that Friday by the way was not only good, but very good. 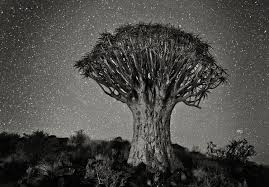 (Ps. To the atheist reader as well as believer, the person of Christ is revealed in scripture to soft hearts. Be brutally honest with yourself, and consider why or if you find such ‘humor’ funny at the expense of another’s affections. And of course, all religions do not make the same claims. One must be totally biased to say such a thing.)

(Pss. And if you comment as an ‘atheist,’ and try to defend such jokery, I will personally crush your nonsense and spit out the bones. As graciously as humanly possible of course. Others will also.)

Blending the colorful issues of life with the unapologetic truth of scripture, while adding some gracious ferocity.
View all posts by ColorStorm →
This entry was posted in The person of Christ and tagged the stench of godlessness, the sweet savor of Christ, the true gospel. Bookmark the permalink.

71 Responses to The greatest of these scents…