The brainless kettle of crap

Some folks are strangers to their own brains. They have never visited that place of calm repose that actually allows them to THINK about what positions they hold, and weigh those thoughts against decency, order, context, kindness, goodness, and just all around common sense. 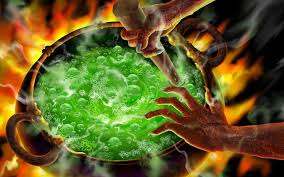 Take the Kathy Griffin train wreck, followed up by the Bill Maher foot-in-mouth. It’s a tragedy to watch the tongue flip around without checking with the brain for approval.

Without being prophetic, but a fairly good judge of human nature, I observed the other day (before Maher was on the newest hot seat) that Griffin and Maher were cut out of the same cloth, similar to Sarah Silverman, Howard Stern, Behar, etc, etc, and presto, like picking up the Prophetic News Report, there he is, in all his debased glory, Maher is at it again, plying his craft of atheism using race as a smokescreen as he pretends to be funny.

No. Misery loves company, and he, and well as Griffin, cannot get enough of their fifteen minutes in that dark spotlight. And no, neither of them are funny. There is nothing hilarious watching unclean animals in a bowl seething out their own vile ignorance, at the expense of good people.

Now it’s the president’s fault that Griffin caused her own trauma! Geez lady, engage the brain. And of course Maher will apologize, as the networks ‘need’ him to bring a face to perpetuate globalism and godlessness.

I tell ya, I have looked into that cauldron, and what appears to be alive isn’t pretty, but the strange thing though? Nearby is that basket of fresh fruit, free for the pickin, but people want their hyena like carcases to feast on everything and anything that is not virtuous and pure.

There should be a new campaign:  ever heard of the brain?

Blending the colorful issues of life with the unapologetic truth of scripture, while adding some gracious ferocity.
View all posts by ColorStorm →
This entry was posted in Daily news and tagged godlessness and the media, griffin, Maher. Bookmark the permalink.

13 Responses to The brainless kettle of crap