Just when you think you heard it all, along comes another page in the book of foolery.  To you who say marriage is not under attack, I say to you: ‘wake up, the coffee has long been burnt.’ 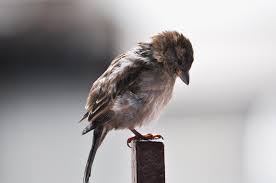 Rational people do not have to think for more than a quarter of a second (check that, probably closer to a twinkling of an eye which is much speedier) that upon hearing the word ‘marriage,’ the idea of man and a woman immediately comes to mind. Note I said rational people, and not folks who argue that two plus two is subject to interpretation, and that ‘four’ is being far too dogmatic or legalistic, even punishing to hold such clarity of mind.

So the latest in the world of ‘hey, if it floats your boat, go for it, change the dictionary if you wish,’ is the idea of not marrying a person of your same-sex, not marrying your pet turtle, but of marrying your own self. I kid you not. So wiki sez:

Self-marriage or sologamy is marriage by a person to oneself. It is known as a commitment that values self-love, and self-compassion. Supporters of the practice argue that it leads to a happier life.

Ouch. Marriage to oneself. Where is my laff button when I need it? Seriously? Yep, dead serious. This is where society ends up when ‘evolution’ is presented as the new god. Anything goes, as long as it doesn’t hurt anybody.

Create your own reality. Marry yourself. Go ahead. Have a ceremony. Bake a cake. ‘Do you take yourself to have and to hold, from this day forward, forsaking all others………..’

You do do you? Well, then, I do not have to recognize your new arrangement, any more than I need to recognize the impossibility of marrying your turtle, or of marrying your same-sex partner for that matter. Am I being cruel or punishing for not ‘getting in line’ with the new age of thought?

No. Go ahead (I have said it a few dozen times) and hook up with a horse if you want. Enjoy your same-sex spouse. You have that right. Just leave alone the word ‘marriage’ to justify your arrangement. Pick another word more suitable.

But truth be told, a man can no more marry himself than a robin can swim at the oceans floor. And to the Christian I say: if you think you are being ‘spiritual’ by recognizing sologamy or same-sex marriage as ‘normal’ or just a matter of ‘liberty,’ I say ‘no,’ it is not spiritual nor wise to bend to the point of breaking.

Compromise is a fine word and policy………..WHEN a compromise is called for. Am I now being cruel or unusual for not getting on board? Ha! Tell me mankind is not regressing, and we bitch about humans 4 thousand years ago for being idiots! Sorry, they cleaned our clocks in common sense and intelligence.

And please do not come crying to me about my unwillingness to allow others to ‘love’ as they see fit. Are you listening? Can you read? I do not care who loves what. Just leave the word ‘marriage’ alone which is simply the union of opposites. ‘Marry yourself?’ Gee, what a life.

I think it’s called being single, and really there is no need to bastardize a very good word.

Blending the colorful issues of life with the unapologetic truth of scripture, while adding some gracious ferocity.
View all posts by ColorStorm →
This entry was posted in Redefining marriage and tagged marry your self?, redefining marriage, sologamy. Bookmark the permalink.