I heard a guy the other day asking someone if a particular lapel pin looked like a flower. He said pretty much that he wouldn’t be caught dead wearing some girly thing. I get that. Some things are not conducive to our personality. For instance, I don’t do pink shirts. Nothing against men of course who do, but I don’t. 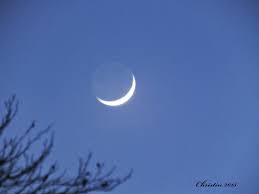 On the other hand, I wear orange shoe laces on my boots; especially since I ride a motorcycle. Top that with a blazing orange shirt, and you have an edge; a visual marker since some car drivers are clueless on the road. They are sitting comfortably in a cage, while the two-wheeler is a step closer to deaths door; and no thanks, we do not need any help making that appointment any sooner than it has to be. Detour there…..

But it surprises me no end to hear people say they do not like the color green. Really? Who doesn’t appreciate the color of God’s earth as seen in the landscaped hillside, replete with trees and grass? C’mon, say you are not one of those folks; let me change your mind.

Then you have the sky blue. How does it do that? And no, don’t be giving me that namby pamby wishy-washy reason or excuse that leaves out the Colormaster. Apparently God likes blue, as seen in the deep blue seas, which change on a dime into azure, cobalt, cerulean, turquoise, almost sapphire like in its appearance, just another reason among millions to be star struck with God’s glory and His provision for mankind to see His incomparable wisdom and His own delight in nature.

It was dawn the other morning, clear as day, with the sun soon to make his appearance, a bit chilly, and I saw the whited quarter moon with one solitary star beneath it; it was not under it, but the perspective of distance and angle gave the morning star a place suited for no other but itself.  It was glorious, and I thanked God for eyes to see. I pity sometimes the going through life being unthankful to the Giver of life.

His jewels are not appreciated; His colors are ignored as mere circumstantial or no more relevant than a person drinking black lemonade; the colors are meaningless to a mind which ultimately gives us the yellow ochre of the wheat fields.  It is the correct color. It is the perfect color.

If we were mindful of God’s handiwork, and how He saw that His idea for colors was good, we would be dizzy in thanks. The gray squirrel, the black crow, the brown horse, the blue whale, the green forests, the brown or red dirt, the gold butterfly, the yellow bee, the black cow, the yellow bird, the red bird, the blue bird, the various colors of races, hazel, blue, brown eyes, red blood, white cells; we will exhaust the time in a day thinking of the various colors found in life.

God is consistently pleasurable through time, and does not confuse us with his changing of colors. The green trees I saw as a youth are still green today. Taller of course, but still green. The farmer fields are still golden, maybe with less gold due to subdivisions, but still the same color. God’s colors do not need to evolve.  (And no, autumnal changes do not evolve, they change, then return)

The first mention of color is this in scripture:

As mentioned already, how can we not like green? God Himself introduces color to us, and we know what green is. It’s that human thing, made in the image of God.  Some things we know, courtesy of the brain as well as the conscience, which btw, knows that God purely is.

And oh, did I mention the dazzling appearance of beryl, topaz, emerald, sardonyx, sardius…. colors that present an image of overwhelming awe for the Creator.  So have a colorful conversation with someone today, and watch how lips turn upward in agreement as to God’s majesty as seen through color. (and yes, I wink when I see a pink flower)

Blending the colorful issues of life with the unapologetic truth of scripture, while adding some gracious ferocity.
View all posts by ColorStorm →
This entry was posted in God and science and tagged Colors and God, God, God is the artiste, s wonderful colored earth. Bookmark the permalink.