Posted on December 7, 2017 by ColorStorm

Surely you have heard that the U.S. president has initiated the relocation of Jerusalem (embassy) as Israel’s capital. Immediately the decision was met with praise and disdain and on many fronts.  Don’t you like saying and hearing it? Je-ru-say-lem. Kind of rolls off the tongue. 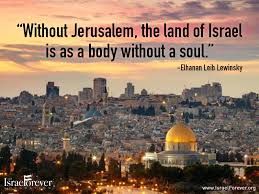 Scorn by they who see America as the enemy of all fairness, and praise by they who see the United States as Israel’s only friend. I take the high road though and see good and bad in both, being the balanced and fair person that I am.     😉

Not a city on earth with such a history, good, bad, and ugly.

Israel is in fact a blistering and obvious beacon of light in its area. The Hebrew schools do not teach their students to strap themselves with bombs to blow up their neighbors. This is a fact. As a matter of fact, it has been shown that some who have failed in their suicide missions and attempt to take Israeli’s with them, being so maimed, have been tended by Jewish medical teams. That’s right, the good book says that the ‘righteous tend to life.’ Period.  There is no ‘filling out of applications’ before a carotid artery of an enemy can be repaired.

Jerusalem has long been the apple of God’s eye, with many Jews around the world being head and shoulders above so many others in so many disciplines. Have you ever heard the illustrious Dr. Cyril Wecht speak on forensics without notes??? The man is brilliant and a small proof of a much larger picture, that per capita, Israel is a force unmatched on earth.

But success always comes with a price, and the recognition of Jerusalem as Israel’s capital is no small thing. True, believers are to bless God for His promises and provision, yet scripture also speaks of the escalation of another one, great in stature. However, greatness is also not always good.

While there have always been antichrists, with proof today of many more, such as atheists, (that’s right, every atheist is an antichrist) apostates, religious criminals, you name it, there will come a day when THE antichrist makes his appearance on the world’s stage. Jerusalem Israel has come one day closer to his introduction. This is a fact if God be true. And He always is, He CANNOT lie.

So in the spirit of the Lord’s own words and observations: ‘ye know not what spirit ye are of……….’ so too, perhaps the believer does not know the ramifications of happily seeing Jerusalem as Israel’s capital.

There is this 7 year peace treaty on the horizon. There will be the annulment of that treaty halfway. Facts. Political, historical, and spiritual facts.  Things will go terribly wrong and many will suffer in ways yet to be experienced. Did not happen yet but so what. Has God’s word ever proved to be unreliable in the least? Can He not be trusted to keep His own word? Does He not know all tomorrows? Indeed.

So on the one hand believers bless God for allowing us to see His unwavering hand in the preservation of the posterity of Abraham, Isaac, and Jacob, we must also see with razor like sobriety that all the nations of the earth will marshal their forces to come against they who represent the only God of the living and the dead.

Truly, believers have enjoyed the emolument of Israel’s unbelief through the years, but they will once again become the head and not the tail; but there are dark days on the horizon, and yes, the whole world will mourn. Unbelievers of all stripes can laugh today, atheists can scorn tomorrow, but God’s word is true, and every man a liar as to God’s intrinsic eternal perfections.

So yes, thank God for Jerusalem today, and pray that many thank Him in the midst of tomorrows troubles which will happen as sure as the sun is above us, and as certain as the moon gives her light.

The city of gold abides its own time, surrounded with enemies far and near, in the meantime, yes believers of all stripes and good people everywhere understand the necessity of Israel having a very good friend in the United States.  But again the bigger picture, there will be destructive days and desolation, but no surprises to the God of heaven and earth.

(here is a past link for more thoughts on one who is yet to be, and his ultimate schemes, note the date, could have been written yesterday)

Blending the colorful issues of life with the unapologetic truth of scripture, while adding some gracious ferocity.
View all posts by ColorStorm →
This entry was posted in Israel and scripture and tagged antichrist and Israel, God's promises and Israel, Jerusalem and the capital. Bookmark the permalink.

24 Responses to Hold the fort pilgrim