The common atheist does not believe God is, and that He is responsible for life, while having a million proofs, and ten thousand more as evidenced through scripture and the conscience, while at the same time, the atheist believes the earth spins at 1,047 mph, orbits at 67,000 mph, (that’s 19 miles per second) while having not seen the earth move one inch, nor having zero proof.  Yikes. 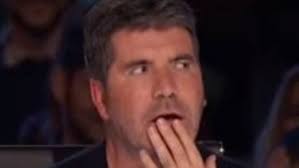 (Ps. I have nothing in common with the so-called science of the godless. After all, it is in fact science so-called. A little clue here by the incomparable mind of the apostle Paul as directed by God Himself. And so I would challenge all believers to consider how and why you may or may not sit at the same table with the godless regarding their science. Just sayin. And a special shout out to Degrasse and Nye for their mind numbing lack of common sense for the inspiration.)

Blending the colorful issues of life with the unapologetic truth of scripture, while adding some gracious ferocity.
View all posts by ColorStorm →
This entry was posted in Unbelief (ahem: atheism) and tagged Godlessness and atheism, scripture and science, true science vs false science so-called. Bookmark the permalink.