(Of course there is much liberty used here, and while I do not pretend to speak for God in this way, the point can easily be seen and made; with a shout and a smile to she who can’t wait….. ) 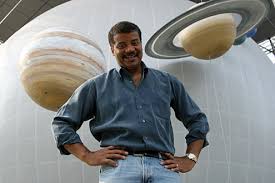 There are patterns that lead to confidence. The rising sun is the dependable, reliable, verifiable, daily display of a confident and assured pattern. Our minds can rest that a new day has not been hijacked because ‘someone’ or something, stole the morning delight.

We are not like the crazy housewife who moves the ashtray a hundred times a day because she likes to hear her husband scream. He rather appreciates seeing the cig butt jar in the same place, at the same time, every day. Patterns, while some are indications of habits, at least give stability to the mind. The owner of the celestial objects such as the sun and moon does not play ‘hide the ashtray.’ He is all about mental health.

Now then imagine a conversation with God by a professional atheist at the end of his days.

The men you worshipped, DeGrasse, Nye, Sagan, Marx, Maher, Darwin, Dawkins, these men, have they as much as ever created one grain of sand?

Did the thought ever cross your mind WHY the eagle flies, and WHY the jackal walks about completely unable to get a bird’s-eye view?

Did you ever consider WHY the ape can’t write sheet music and why Mozart didn’t live in trees?

Do you know WHY you have trounced my holy scriptures, and WHY you have willfully, provably, consistently, and utterly avoided the grace of God, which is as clear as the midday sun?

So, you are PhD, and wear BvD’s, and love to be called Professor, were you deaf upon hearing the thunder, or blind upon seeing the lightning? What, do you think these were random or discordant accidental notes? Or the rain, the snow, the hail? Dare you insult me further saying that Father Darwin made these things, as well as sustain their purpose?

Do you know WHY you have thought Jerusalem is no more relevant than Detroit, Paris, or Hong Kong, while you spent your energy on the Red Wings, ogled Paris Hilton, and watched reruns of King Kong?

Do you know WHY you have eaten the bait of godlessness which suggested that good and decent Christians are no different from the murdering beasts of isis who swore allegiance to the gods of evil people?

Did the thought ever cross your mind WHERE the oceans of the world derived their water, their unfathomable depth of which you know nothing, and how the carpenter’s level speaks to my steady, well-balanced, and resolute hand?

Did the thought ever cross your God-given brain that two rocks did not break apart and create blood, eyes, hands, nerves, and that all the proof you need to see the hand of the Creator can be seen in less than one second, IF you were honest?

The engineer atheist looks for a place to hide, there is none, as the dead silence covers him like an envelope. He now hears a revelation of a thousand loud and clear trumpets, but it is still dead silent.

Are you also aware how many children you have TRIED to turn from me, substituting my power for the accidental and stupid thoughts and theories of your godless heroes such as Nye, DeGrasse, and Dawkins? I protected them from you, allowing their guilelessness to supersede your rebellion and pride,  as you tried to teach them: there is no God!

The unbelieving atheist is beginning to see the error of his ways, and how he has traded his only life for the temporary adulation of fools, and has bought false intellect with counterfeit money, and boasts a bank account with zero funds, thinking he was both rich and smart.

The silence has just about sapped every bit of remaining strength from the mind. The scorching truth of himself is too much to bear.

And oh, lest I forget, WHERE were you…….when I laid the foundations of the earth, and stretched the line upon it? Answer Mr. Engineer, if you are able.

Since Mr. Engineer specializes in foundations, (you know, the part of the building which nobody sees, but is the integrity of the structure) once more the dead silence upon him revealed his own lack of character and integrity. His own faith in building tightened the noose around his neck as he is choked with pride.

Are you aware that EVERY single time your stubborn tongue asked for my proof, it was because you heart was crooked, and you simply looked for one more excuse to see the obvious, that LIFE is enough proof, in all it’s glory, and that according to your own terms, NO ANSWER from any believer would have ever been suitable for you?  How could it be, when you not once have removed yourself from your own throne?

The unbelieving atheist can’t stand no more. He has been found out. He has blamed everyone and every thing but himself. With nowhere to run, nowhere to hide, he must face the blistering truth of himself. He has fallen way short. He has failed. The blackness of silence clouds his mind and blinds his reason. He shouts: ‘True, I have made myself a god, I have worshipped other men with ideas I thought were good, but they were ideas from hell, meant to satiate twisted desires.’

I have given you the gift of dead silence. Use it wisely, before it is too late. Choose life.

Buzz buzz ring ring, ‘Alex, wake up, time for work.’ Arousing, he looks around, wondering if anybody saw his sweat, and stops to think; ‘Whew, a dream. Okay Bubbles…’

Blending the colorful issues of life with the unapologetic truth of scripture, while adding some gracious ferocity.
View all posts by ColorStorm →
This entry was posted in God and science and tagged conversations with God, degrasse and false apostles, false science and godlessness, humor and colorStorm, satire and science, truth and scriopture. Bookmark the permalink.

33 Responses to Silence is golden